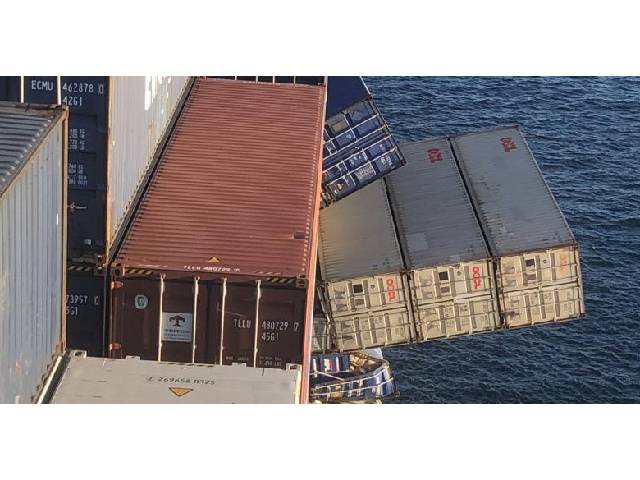 On the 24th of May 2020 the container ship APL England enroute from China to Melbourne experienced a temporary loss of propulsion during heavy seas about 73 kilometres south east of Sydney.

The ship’s power was restored within a few minutes but during this time the ship reported that it was rolling heavily, causing container stacks to collapse and 50 containers to fall overboard in waters about two kilometers deep.

An investigation into the incident resulted in AMSA detaining the vessel under both the Protection of the Sea Act and the Navigation Act.

A further Direction under the Protection of the Sea (Powers of Intervention) Act was place on the owners of the ship to locate and recover containers within a priority search area.