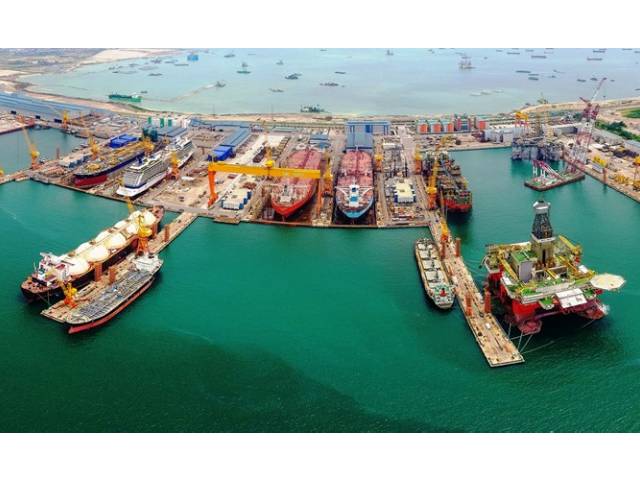 The boards and management teams of Sembcorp Industries and Sembcorp Marine believe that the proposed Rights Issue and the Proposed Distribution (collectively, the “Transaction”) will strengthen the two companies’ financial positions and will unlock shareholder value, and is in the best interests of their respective shareholders.

In addition, the Transaction will enable Sembcorp Industries and Sembcorp Marine to better focus on their respective industries. With greater flexibility following the demerger, both companies can pursue their own sustainable growth paths on the back of changes to their industries in recent years.

Upon completion of the proposed Transaction, both Sembcorp Industries and Sembcorp Marine will have strong shareholder bases to support the respective companies’ strategies and business models for the long term.

Sembcorp Industries will continue to be focused on its core areas of energy and urban development, and be poised to capture opportunities in sustainable energy transition, while Sembcorp Marine builds on its core engineering solutions for the offshore, marine and energy industries.

Sembcorp Marine, which has been doubly hit by the COVID-19 pandemic and recent collapse in oil prices, will also be able to better address its urgent need to recapitalise, meet liquidity requirements, and strengthen its balance sheet to ride through the prolonged downturn in the offshore and marine industry.

Sembcorp Industries and Sembcorp Marine will be seeking their respective shareholders’ approval for the Transaction at Extraordinary General Meetings (“EGMs”) which are expected to be convened around end August / early September 2020. The Rights Issue is also conditional on Sembcorp Marine shareholders passing a resolution to waive their rights to receive a general offer from Temasek and its concert parties in connection with the Proposed Distribution.

Sembcorp Industries has given an undertaking to vote in favour of the Rights Issue resolution at Sembcorp Marine’s EGM. The Proposed Distribution and the Rights Issue are inter-conditional, and will only proceed if shareholder approvals are received for all resolutions at both companies’ EGMs.

Wong Weng Sun, President & CEO of Sembcorp Marine, said: “We believe that the Rights Issue will give us much needed financial strength to ride through the prolonged industry downturn and prepare for recovery. This recapitalisation will improve our cash position, fund ongoing financial commitments, strengthen our balance sheet and ensure long-term viability. We thank the board, management and staff of Sembcorp Industries for their steadfast support through the years and look forward to working with all shareholders to generate sustainable returns.”

Neil McGregor, Group President & CEO of Sembcorp Industries, said: “We believe that the proposed demerger will unlock shareholder value by transforming Sembcorp Industries into a focused business that can compete and capture growth opportunities in the energy and urban sectors. In addition, our shareholders will also receive value in the form of shares in a stronger recapitalised Sembcorp Marine through the proposed distribution in specie.”

Upon completion of the proposed Transaction, Temasek will be a direct and significant shareholder of both Sembcorp Industries (approximately 49.3%4) and Sembcorp Marine (stake exceeding 29%).

Nagi Hamiyeh, Joint Head, Investment Group, and Head, Portfolio Development of Temasek, said: “We recognise these are difficult times and the companies are operating in an uncertain and volatile world. There are challenges to the business environments in which both companies operate. However, we will work actively with the boards and management teams of both companies as they address these current challenges, and with an eye to the future, as they identify pathways for long term growth. We especially see opportunities for each of the companies to apply focus and their skills to sustainable solutions, which are of increasing importance to all stakeholders as our companies strive for Purpose, Profit and Planet.”

Key highlights of the proposed Transaction

• Sembcorp Industries has irrevocably undertaken to subscribe for its pro rata entitlement of S$1.27 billion and take up an additional S$0.23 billion if necessary – a total commitment of up to S$1.5 billion

The full Transaction Rationales for Sembcorp Industries and Sembcorp Marine, as given in their respective SGX announcements, are attached as appendices.

Further details of the Proposed Distribution and Rights Issue can be found in Sembcorp Industries’ and Sembcorp Marine’s SGX announcements which are available on the SGX-ST website and the respective companies’ websites.

Circulars outlining the details of the Proposed Distribution and Rights Issue are expected to be despatched 14 clear days before both companies convene their EGMs around end August / early September 2020. The Record Dates are expected to follow thereafter.