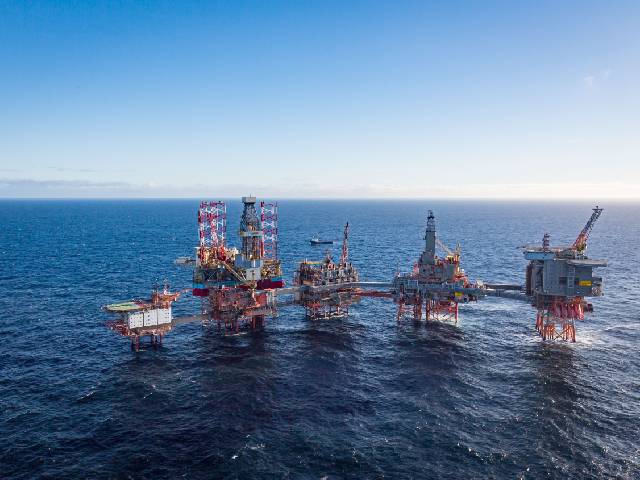 Production from Valhall DP is to be shut down over the next few years. As of today, one well is in production. This consent applies to plugging and removal works for four wells.

Maersk Invincible is a jack-up drilling rig owned by Maersk Drilling of Denmark. It was delivered by the Daewoo yard in South Korea in 2016, is classified by DNV GL and registered in Singapore.

The plugging and removal will be done by the Maersk Invincible ultra-harsh environment jack-up rig.

It was delivered by Daewoo Shipbuilding and Marine Engineering (DSME) in South Korea in January 2017. The rig arrived in Norway in late March 2017.

The rig is currently under an $812 million five-year firm contract with Aker BP for plug and abandonment work on the Valhall field in the Norwegian sector of the North Sea. The contract could last as long as ten years since Aker BP has five one-year extension options as well.

As for the field, Valhall is a giant oilfield in the southern Norwegian North Sea. Production started in 1982 and following the commissioning of the new PH platform in 2013 the field has the potential to continue producing for decades.

Two identical unmanned wellhead platforms, each equipped with 16 drilling slots, were added on the Valhall field in the 2000s. The South Flank started production in 2003, and the North Flank came on stream in 2004.