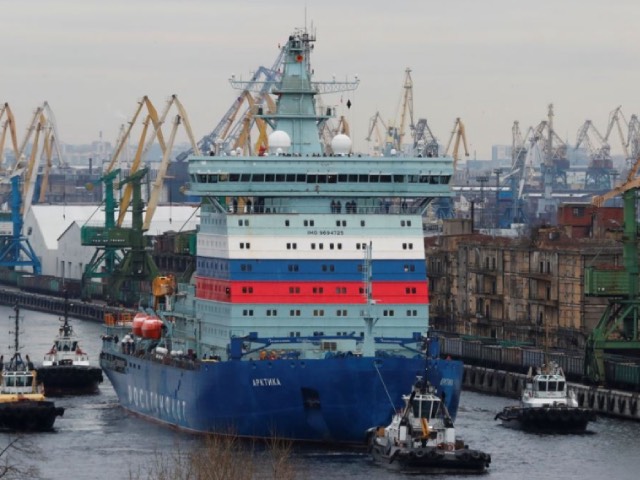 Russia is moving forward in full change to replace its entire current fleet of nuclear-powered icebreakers that pave the way for uninterrupted navigation in the North Sea, by 2030, according to reports.

According to the current planning, next year Atomflot expects the arrival of new modern icebreakers. The new Russian nuclear-powered icebreakers, totaling $ 1.5 billion, are: “Arktika”, “Sibir” and “Ural”.

The three icebreakers, which will join Atomflot‘s fleet which is based in Muransk, are Moscow’s big and widely publicized wagger on fully exploiting the region’s maritime routes, using state-of-the-art vessels.

These ships, according to shipping circles, are included in Russia’s new infrastructure projects in new and existing ports in the Arctic, to exploit their commercial value in view of the increased traffic in the North Sea Passage brought about by climate change.

It should be noted that Russian President Vladimir Putin has said that by 2035, Russia will have at least 13 state-of-the-art icebreakers, nine of them nuclear-powered.

Withdrawal of icebreakers… made in USSR

By the end of 2030 it is expected that the icebreakers, which have been built during the USSR era and are still in operation, will be gradually withdrawn.

In particular, of the existing icebreakers, the 1992 built “Yamal” will be decommissioned by 2029, the 1990 built “Vaygach” will operate until 2028, while the “50 Let Pobedy” icebreaker may continue sailing in the region until 2041.