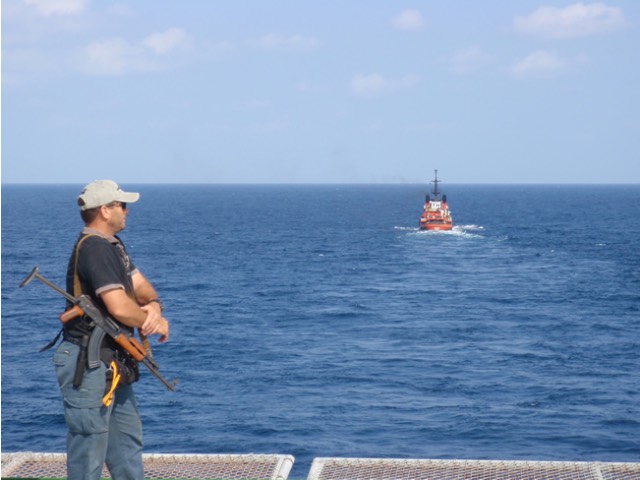 The outbreak of COVID-19, and the increasingly draconian measures taken by states to control the spread of the virus has led to the widespread disruption of global supply chains. The knock-on impact of restricting the placement of embarked security teams in the Indian Ocean has been keenly felt in the global shipping and security markets. The decision to embark security personnel requires operators to balance commercial considerations with the risks faced. In a world where the logistics of embarking security personnel has become increasingly complex, many of Dryad Global’s clients are considering their options and exploring alternatives.

Dryad Global has consistently stated that operators’ decisions to employ guards in the Indian Ocean should be informed by the real-time analysis of risks and not legacy fuelled preconceptions. The continuing usage of embarked security teams is driven by the legacy of piracy in the Indian Ocean, which has declined by almost 90% since 2012. Yet there remains widespread acceptance within the shipping industry that armed security teams are a necessary feature of risk mitigation for Indian Ocean transits. It is our view that, for the large proportion of Indian Ocean transits, the usage of armed security teams is unwarranted. Instead, standard BMP vessel hardening, combined with BMP mandated risk assessments, are adequate mitigations.

As a result of the ever-widening global lockdown to control the spread of COVID-19, the situation for embarking armed security reams is currently in-flux. To illustrate, Sri Lanka recently imposed restrictions that would have prevented disembarkation and movements of personnel at Galle. However, these restrictions were then relaxed following industry lobbying. Situations like this and at all embarkation points for armed guards are likely to change, often at short notice, in the coming days and weeks.

Many PMSC have sought to circumvent border closers through the redistribution of floating armoires. Multi-national crews will continue to live in close quarters with only basic sanitation and personal hygiene practices available to prevent the spread of COVID-19. Additionally, and as a result of restricted travel, many armed security teams are being placed on extended deployment. This increases the likelihood of exposure to infection and fatigue. Whilst PMSCs are implementing basic infection control measures, these are far from being endorsed by individual states and fall far below those recommended by the World Health Organisation.

Beyond the risks of infection, for vessels with embarked armed personnel, there are very real commercial risks to embarking armed security teams at this time. States are increasingly seeking to restrict movement in an out of their borders. Consequently, there is a growing risk that vessels with embarked security personnel will be unable to offload guards and be incapable of fulfilling their commercial schedule. Restrictions placed on international travel in many key countries mean that only guards currently ‘in circulation’ are available to be placed onto vessels, as no fresh crews can be brought in. The operational impact on extended crew deployments is not yet fully understood. However, fatigue caused by insufficient rest among embarked security teams could over time lead to reduced operational effectiveness.

The battle against the spread of COVID-19 is having global economic implications, the final scale of which is still uncertain. The continued operation of the shipping industry, and the wellbeing of the mariners who are at its core, will be vital to sustain global commerce. It is vital that commercial decisions made by operators are informed by objective approximations of risk, as opposed to artificially inflated hazards. It is Dryad Global’s view that the operation and logistical risks that might arise out of employing embarked security teams are considerably greater than those faced by vessels from piracy and maritime crime in the Indian Ocean.