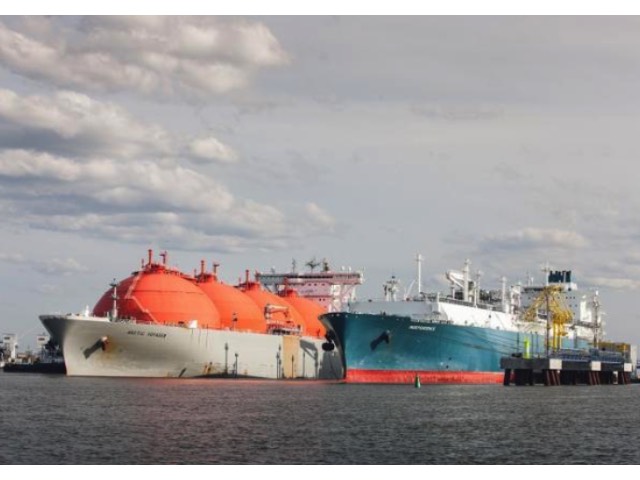 The ambitious LNG segment development plans set out in KN’s strategy for 2030, approved last month, have a solid foundation: Klaipėda Liquefied Natural Gas (LNG) Terminal operated by KN continues to register record levels of intensive and efficient operations. The volumes of activity in February exceeds the rates of last year by a dozen times.

In February, almost 300 thousand cubic metres of LNG was delivered to Klaipėda LNG Terminal by 2 large and 3 small gas carriers, and 1.86 TWh of gas was regasified at the Terminal. The regasification rate in February this year was more than 10 times higher than the same period in 2019. It is noteworthy that this difference was partly due to the pre-planned inspection and maintenance works of the FSRU, which were commenced at the end of February last year, and during which the operation of the Terminal was suspended. Still, comparing the regasification rates of February of this year and January of this year, February shows greater recorded volumes of activity by about 32 percent. The majority of LNG, about 91 percent, has originated from a gas liquefaction plant in Norway.

“At the end of last year, the objectives raised to continue increasing the efficiency of Klaipėda LNG Terminal exceeded expectations. The increasing volume of regasification shows the demand for services provided in Klaipėda. Customers continue to benefit from the period of low LNG prices, and the LNG infrastructure in Klaipėda allowing to make use of the low prices brings benefits for our commercial customers and domestic gas consumers throughout Lithuania. The trend is positive for the future: analysts are confident that the global LNG market will double by 2040, and the potential of Klaipėda LNG Terminal has also been evaluated by international organisations such as the Nordic Investment Bank, which this week approved a loan of EUR 160 million to finance the purchase of a floating LNG storage and regasification unit (FSRU)”, emphasises Arūnas Molis, Director of Klaipėda LNG Service.

According to preliminary data, in March even larger volumes of LNG terminal activities are planned than in February: 2 large and 6 small gas carriers are expected to transport about 332 thousand cubic metres of LNG in March, and slightly more than 1.86 TWh of gas will be regasified.