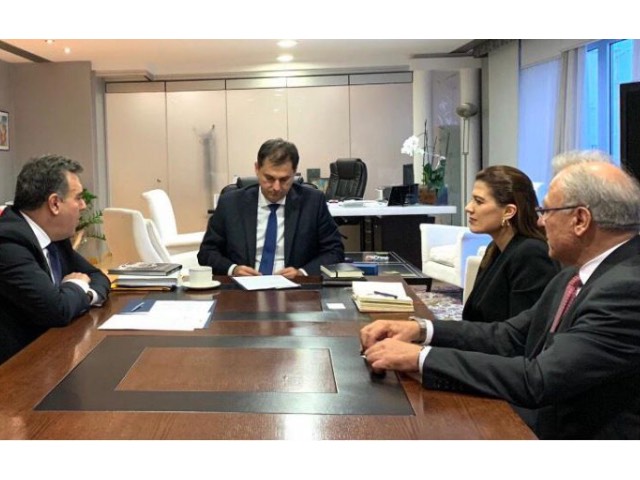 The Greek Ministry of Tourism had a meeting with the political leadership of the Cyprus Shipping Deputy Ministry on issues related to maritime tourism and the ferry connection between the two countries.

In particular, the Greek Minister of Tourism, Mr. Haris Theocharis, the Deputy Minister of Tourism, Mr. Manos Consolas and the Secretary General of the Ministry of Tourism, Mr. Konstantinos Loulis discussed with the Cyprus Shipping Deputy Minister, Ms. Natasa Pilides, the Deputy Director General Mr. Costas Iacovou and the Ship Inspector of the First Maritime Bureau of the Embassy of the Republic of Cyprus in Athens, Mr. Adonis Pavlidis, on the ferry connection between Greece and Cyprus and the economic benefits it will bring to the two countries, as well as the development cruise tourism drought.

In particular, the importance of Greece’s ferry connection with Cyprus was discussed, which will boost the tourist flow and develop a new two-way relationship, especially if intermediate stations are added along the Greek islands.

The two sides agreed to co-operate in the field of cruise. Greece and Cyprus can work together to interconnect ports that are cruise destinations, to take joint initiatives at European Union level on a new intra-Community cruise tax framework. It is indicative that today there can be no circular cruise trip with the right of transit and as a result many cruises become intra-Community, which means additional and increased taxation as well as reduced cruise competitiveness.

Lastly, during the meeting there was an exchange of views on the area of ​​diving tourism, as well as the framework for facilitating Greek and Cypriot entrepreneurs to invest in maritime tourism, with the creation of marinas. 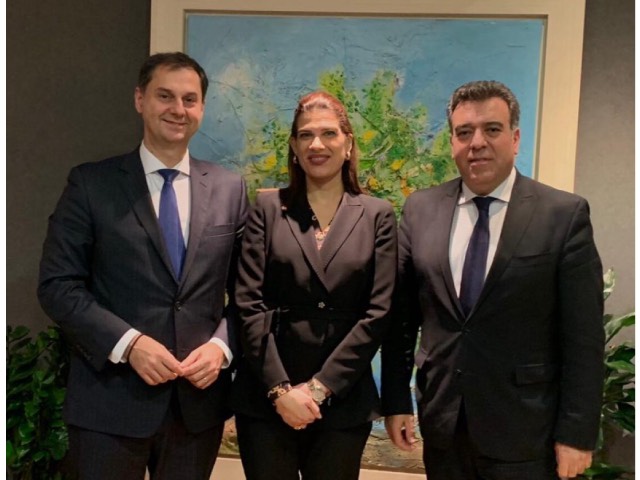