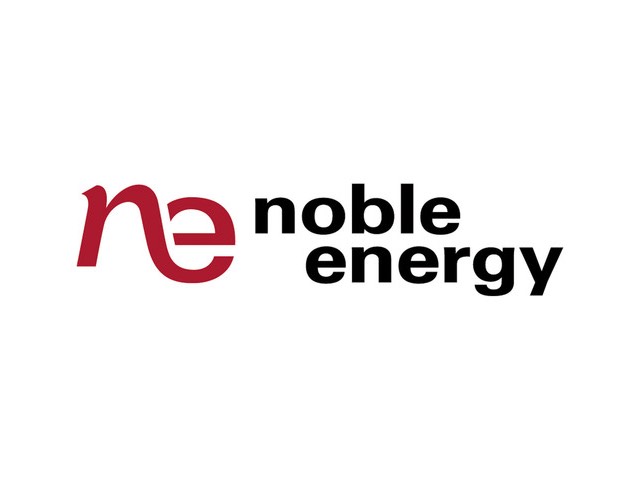 Noble Energy, Inc. today announced its capital expenditure and production outlook for 2020. Key objectives and priorities for the year include:

David L. Stover, Noble Energy’s Chairman and CEO, commented, “Our 2020 capital budget and production outlook illustrates the Company’s commitment to capital discipline, enhanced returns, and long-term sustainable free cash flow. In our onshore business in 2019, we materially lowered maintenance capital needs through sustainable drilling and completion cost reductions, and we anticipate even further capital efficiency gains as we focus 2020 investment in our large contiguous acreage positions in the DJ and Delaware Basins.

With substantial cash flow and volume growth expected from Leviathan, we are prioritizing free cash flow generation over U.S. onshore growth in 2020. Conventional major project developments, where we have a deep lineup of low-cost discovered resources, along with a return to exploration drilling provide significant catalysts for our Company this year as we build long-term value. The combination of our diversified, low cost of supply portfolio and top-tier execution capabilities positions us well to deliver leading returns to our investors in 2020 and strong free cash flow generation.”

CAPITAL PLAN
The Company’s 2020 capital program has been established at a range of $1.6 to $1.8 billion, a reduction of approximately $560 million from 2019. This capital range does not include any midstream capital investments funded by Noble Midstream Partners LP (NASDAQ: NBLX).

Capital expenditures within the U.S. program are planned at slightly over $1.3 billion, with approximately 60 percent allocated to the DJ Basin and 40 percent in the Delaware Basin. Similar to 2019, Noble Energy anticipates drilling and completing 110-120 wells in the DJ Basin and 50-60 wells in the Delaware Basin in 2020. No new drilling or completion activity is planned for the Eagle Ford. More than 75 percent of DJ Basin wells online will come from the Mustang IDP with the remainder primarily in Wells Ranch. The Delaware Basin program will focus on Wolfcamp A development in the northern and central parts of the Company’s acreage position. As compared to 2019, average well costs in each of the DJ and Delaware Basins are expected to be down approximately 10%. Included in Delaware Basin capital for 2020 is an estimated $35 million for linefill associated with the EPIC Crude Pipeline startup expected in the first quarter of the year. Approximately 60 percent of the Company’s U.S. onshore capital program is targeted for the first half of the year.

Offshore development capital expenditures are planned at approximately $275 million, significantly lower than 2019 as the Leviathan project concludes. Two-thirds of this amount is planned to be deployed in West Africa to progress the natural gas monetization project at Alen in Equatorial Guinea. The remaining one third is in Israel primarily for pipeline expansion work related to meeting contracted regional demand growth as well as finalization of Leviathan phase one development.

In addition, the Company anticipates approximately $75 million in exploration capital, with the majority of that amount representing costs associated with an offshore Colombia well planned in the second half of the year.

DOUBLE-DIGIT TOTAL COMPANY VOLUME INCREASE WITH MODERATE U.S. ONSHORE OIL GROWTH
Sales volumes for 2020 are estimated to be approximately 10 percent higher than 2019 at the midpoint of the Company’s range of 385 to 405 thousand barrels of oil equivalent per day (MBoe/d). Growth in 2020 is expected to be primarily a result of the impact of the Company’s Leviathan project, offshore Israel which commenced production at the end of 2019. Noble Energy’s natural gas sales volumes from Israel are estimated to average 445 to 485 million cubic feet equivalent per day in 2020, an anticipated increase of over 100 percent from 2019.

In Equatorial Guinea, sales volumes are anticipated to be down 10 to 15 percent from 2019 due to natural field decline, as well as fourth quarter planned maintenance at Alba. Natural gas represents more than half of the year on year decrease. Although benefitting from the Aseng 6P oil well which commenced production in late 2019, crude oil for 2020 will decline slightly. Fourth quarter 2020 downtime, primarily from the Alba field, will impact full year average production by approximately 12 to 15 million cubic feet per day of natural gas (MMcf/d), or 50 to 60 MMcf/d for the fourth quarter.

In the United States, 2020 sales volumes are designed to be consistent with the 2019 average, with onshore oil volumes expected to be three to five percent higher than the full year 2019 average. Based upon the Company’s expected production profile, fourth quarter 2020 U.S. onshore oil volumes are expected to be five to seven percent higher than fourth quarter 2019. This hydrocarbon mix shift reflects the Company’s capital focus in the higher-return DJ and Delaware Basins, improving per barrel margins year on year and contributing cash flow growth. DJ Basin volumes are expected to be nearly 10 percent higher year on year with the Delaware consistent with 2019 levels and the Eagle Ford declining.

COST GUIDANCE
Unit production expenses are guided relatively flat to the 2019 average, as low-cost production from Leviathan benefits the rate, while volume declines in Equatorial Guinea and the Eagle Ford negatively impact the year on year change. G&A expenses are expected down significantly, with the Company’s unit rate expected to be down almost 20 percent from 2019. The reduction is driven in part by the impact of Leviathan production, as well as the Company’s efforts to reduce cost structure across all line items. Depreciation, depletion, and amortization is expected to be nearly 15 percent lower than 2019, or more than $2 per BOE, reflecting the Company’s U.S. onshore capital efficiency improvements and Leviathan’s impact. Net interest expense is anticipated to be higher as a result of lower capitalized interest, while gross interest cost is expected to be consistent with 2019 levels. Current income taxes are anticipated to be higher than 2019 as a result of income taxes incurred on Leviathan and the commencement of additional profits taxes on Tamar (Sheshinsky tax) late in 2020.