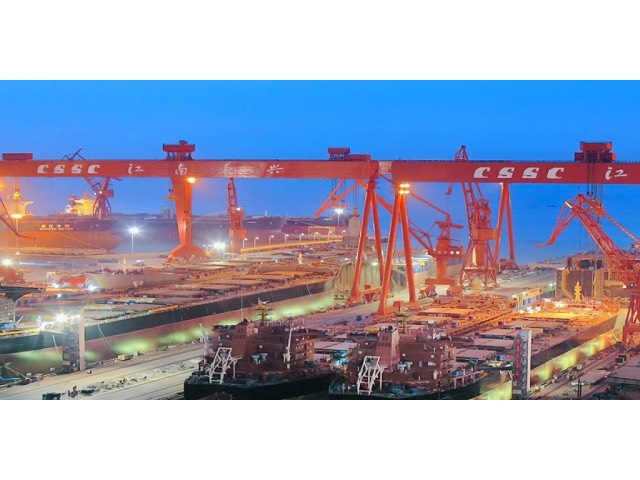 The major state-owned Chinese shipyards have started to resume work under the central government’s requirement on novel coronavirus prevention and control, however, large private yards remained closed.
According to the statistics from the China Association of the National Shipbuilding Industry (CANSI), the ratio of work resumption for Fujian province and Liaoning province has reached 75%, Zhejiang province has 66.7% and Shanghai has 62.5%. Shipyards in Guangdong province, Shandong province and Jiangsu province will gradually resume the operation.

However, the major private shipyards in China are still suspending their normal operations.

The extended shutdown by the country’s shipyards following the Chinese New Year holidays in effort to combat the coronavirus will impact the delivery of newbuildings, as well as impacting retrofit work such as scrubber installation on existing vessels.