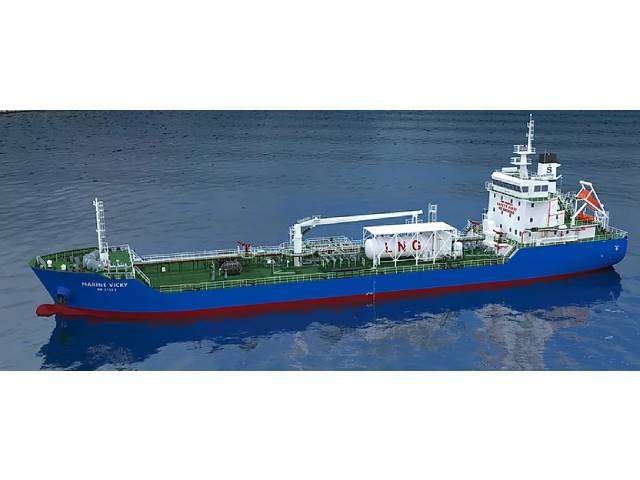 The 8,000 dwt newbuild, which was named in September 2019, was built at Keppel Nantong Shipyard in China.

Featuring a length of 102.8 meters and a width of 19.2 meters, the tanker is expected to begin delivering marine fuels to ocean-going vessels within Singapore port limits in the first quarter of this year. It will work for ExxonMobil Asia Pacific under a two-year time charter deal unveiled last year.

Marine Vicky is equipped with a 55-cubic-meter LNG tank with a fuel gas supply system on deck to supply gas to the engine. The vessel is also fitted with pipelines and tanks that enable it to carry multiple grades of marine fuel cargo.

Sinanju Tankers, which now has a fleet of fourteen vessels, has received a co-funding of up to SGD 2 million (USD 1.5 million) to build the vessel as one of the recipients of the Maritime and Port Authority of Singapore (MPA) LNG bunkering pilot program. Under the two programs announced in 2015 and 2017, the port authority has provided a total of SGD 24 million to support the building of LNG-fueled vessels and boost LNG bunkering in the Port of Singapore.