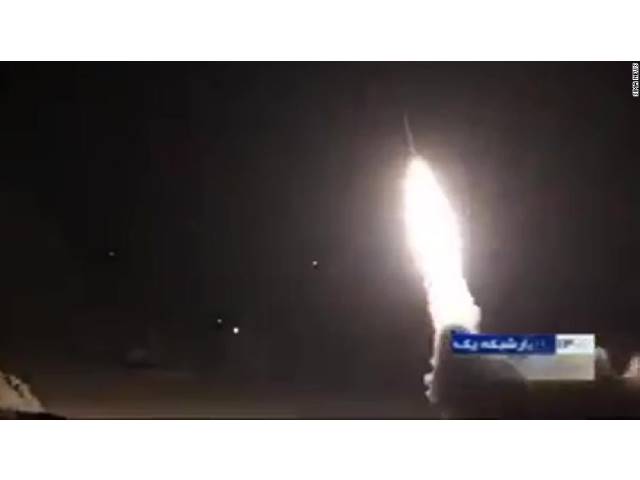 Early on Wednesday 8 Jan 20, Iran conducted a promised retaliatory strike, in response to the US assassination of Qassem Soleimani. Iran is believed to have launched 15 Fateh-313 missiles, 10 of which struck the Ain al-Asad airbase, which is located 233 km (144 miles) west of Baghdad. The other missile is believed to have struck an as yet unnamed airbase in Erbil, Iraqi Kurdistan. Four of the missiles reportedly failed.

So far there have been no reported casualties at either location involving, US or coalition personnel.

A statement from the Iranian foreign minister Javad Zarif read: “Iran took & concluded proportionate measures in self-defense under Article 51 of UN Charter targeting base from which cowardly armed attack against our citizens & senior officials were launched… We do not seek escalation or war, but will defend ourselves against any aggression.”

Shortly after the incident, a statement from the US president read: “All is well! Missiles launched from Iran at two military bases located in Iraq. Assessment of casualties & damages taking place now. So far, so good! We have the most powerful and well equipped military anywhere in the world, by far! I will be making a statement tomorrow morning.”

Iran’s decision to take retributive action prior to completing the burial of Qassem Soleimani is seen as a largely symbolic act, seeking to underscore the issue and bring about its conclusion. This is further echoed in the statement released by Zarif stating that Iran has “taken and concluded, proportionate self-defence measures”. The statement goes on to highlight both the international legal legitimacy for the action and concludes by stating that Iran “does not seek escalation or war.” The symbolic targeting of bases from which the recent US strike on Iran were launched is also part of Iran’s broader attempt to build a solid narrative of proportionality regarding its actions.

Further still, the decision to attack two Iraqi military installations housing US troops rather than US military or diplomatic installations directly is equally symbolic of a desire to conduct a face saving action without escalation. The absence of casualty reports from either the US, Iraq, or coalition partners, is almost certainly by design rather than by accident. It is inconceivable that Iran would conduct an attack of this nature and fail to strike any targets were that not the intention.

It is assessed that Iran’s strategy in this instance has been to be seen to respond directly to US aggression, in a calculated manner that restricts US responses and limits the prospect of an escalation towards war. In deliberately, in Dryad’s assessment, intending not to cause casualties, Iran has provided the situation with a ‘pressure release valve’, with both sides feeling they have saved face.

The US has released a statement saying that it is conducting a battle damage assessment and that the President will release a statement shortly. It is assessed that in the absence of a direct attack upon US property, and the absence of US casualties, the situation presents the US with a difficult decision as to how to respond. It is assessed that there is almost no international legal legitimacy for conducting a military response against Iran at this stage, further still an attack on Iran would likely be seen as a defining escalatory move that would likely draw international condemnation for the US and further compromise US Middle Eastern strategy.

It remains a realistic possibility that the Trump Administration will respond, this will however be assessed to be by covert cyber means, of which it is assessed both sides have likely already deployed during this period of tension. If the Trump Administration were to respond kinetically, it is likely that Iran would see this as a ‘PR win’, which would alienate the international community from the US, and would further weaken US influence in the Middle East. In taking a calibrated method of response, Iran has definitely put the ball in the US’ court.

In wider reporting, TankerTrackers.com has identified the Iranian VLCC STREAM as broadcasting on AIS for the first time since 19 July 19, whilst carrying refined product in the vicinity of the Strait of Hormuz. This is widely seen as a signal by Iran that it does not intend to interfere with operations through the Strait of Hormuz.