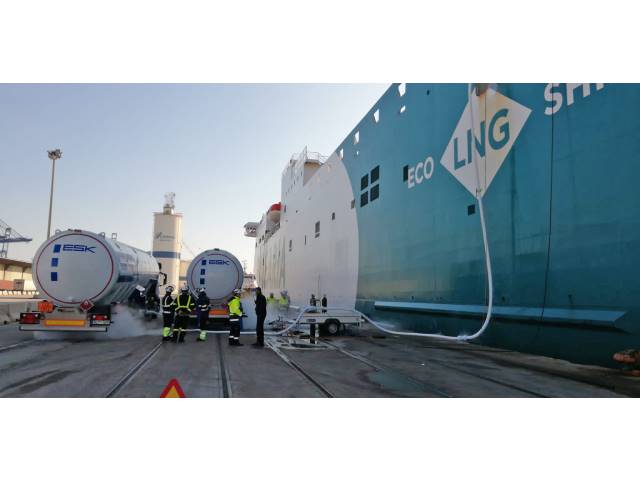 During the operation carried out on December 29, 2019, two trucks were used with a transfer speed of 95 cbm/h and an unloading time of 55 minutes. Natural gas has been supplied to the company’s smart vessel newbuild, Hypatia de Alejandría, which currently operates on the route between Valencia, Ibiza and Palma.

The high-speed bunkering system enables several tank trailers to operate simultaneously, supplying LNG to a vessel. Compared to the traditional truck to ship (TTS) method where a single truck is used, the MTTS is much faster.

Following the testing of the system, the shipping company plans to use the new method on a daily basis after receiving the approval from the Port Authority of Valencia.