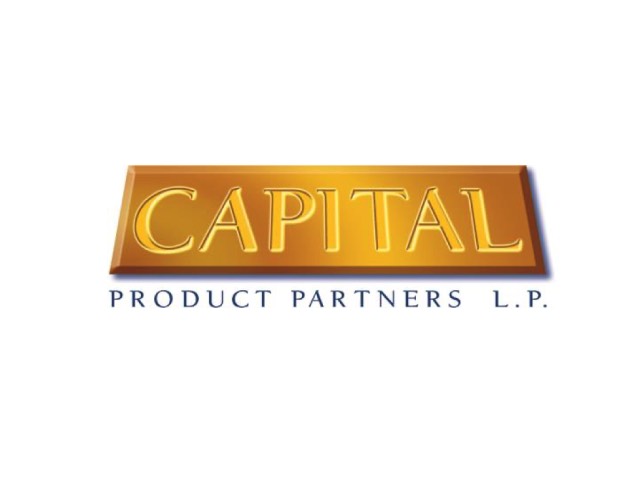 Capital Product Partners L.P. (the “Partnership”) (NASDAQ: CPLP) today announced that it agreed to acquire three 10,000 TEU sister container vessels, namely the M/V Athos, the M/V Aristomenis and the M/V Athenian built in 2011 at Samsung Heavy Industries S. Korea, for a total consideration of $162.6 million from Capital Maritime & Trading Corp. The vessels are under long-term time charters with Hapag-Lloyd which will expire in April 2024. The gross charter rate for each vessel currently amounts to $27,000 per day, increasing to $28,000 per day for the M/V Aristomenis from October 2020, and from July 2021 onwards for the M/V Athos and the M/V Athenian. The time charters include two one-year options at $32,500 and $33,500 gross per day, respectively.

The Partnership intends to fund the acquisition of the three vessels with approximately $47.1 million cash at hand and two financing arrangements: the M/V Aristomenis and M/V Athos will be financed through a sale and lease back transaction, entered into with CMB Financial Leasing Co., Ltd, (“CMBFL”) for an amount of up to $38.5 million each (The “CMBFL facility”), while the M/V Athenian will be financed through a term loan entered into with Hamburg Commercial Bank A.G. for an amount of up to $38.5 million (the “HCOB facility”).

Quarterly principal repayments under the CMBFL lease amount to $0.8 million for each vessel. The lease has a duration of five years and includes a purchase option for the Partnership to acquire each vessel on expiration of the lease at the predetermined price of $22.5 million or pay the amount of $7.5 million to CMBFL, if the option is not exercised. In addition, the Partnership has various purchase options commencing from the first -year anniversary of the lease.

Both the HCOB facility and the CMBFL lease are subject to customary closing conditions.

The average fleet age of the Partnership following the transaction will be 7.7 years and the average remaining charter duration will stand at 4.6 years.

The acquisition was entered into on an arm’s length basis and was reviewed and unanimously approved by the conflicts committee of the Board of Directors (“Committee”) and the entire Board of Directors. Raymond James & Associates, Inc. served as financial advisor and Fried, Frank, Harris, Shriver & Jacobson LLP served as legal advisors to the Committee.

Partial refinancing of the 2017 credit facility

The Partnership has entered into a term sheet with ICBC Financial Leasing Co., Ltd. (“ICBCFL”) for the sale and lease back of three vessels currently mortgaged under our 2017 credit facility, namely the CMA CGM Amazon, the CMA CGM Uruguay and the CMA CGM Magdalena, for a total amount of $155.4 million. The estimated repayment amount required to release these three vessels currently under the 2017 credit facility (based on the principal amount outstanding and vessel charter free fair market values as of September 30, 2019) is $134.9 million. Principal repayments under the ICBCFL lease, amount to $2.8 million per quarter. The lease has a duration of 7 years after drawdown and includes mandatory purchase obligations for the Partnership to repurchase the vessels on expiration at the predetermined price of $77.7 million in total. In addition, the Partnership has various purchase options commencing from the first year of the lease. The ICBFL lease is subject to customary closing conditions.

The table below summarizes the Partnership’s long-term debt and lease liabilities following the aforementioned transactions based on the principal amount outstanding under our 2017 credit facility and vessel charter free fair market values as of September 30, 2019:

“We are very pleased to announce today two important transactions for the Partnership. The acquisition of the three 10,000 TEU container vessels substantially increases our distributable cash flow per unit, while maintaining cash flow visibility as the vessels’ charters run into 2024. At the same time, we are increasing the size of our fleet by approximately 30%, further expanding into the attractive Neo- Panamax container segment and diversifying our customer base with the addition of Hapag Lloyd.”

“Furthermore, the partial refinancing of our 2017 credit facility is expected to lower the overall debt amortization schedule of the Partnership by $4.3 million per year, as well as the weighted average interest margin, while also generating additional liquidity for the Partnership that can potentially fuel further growth.”