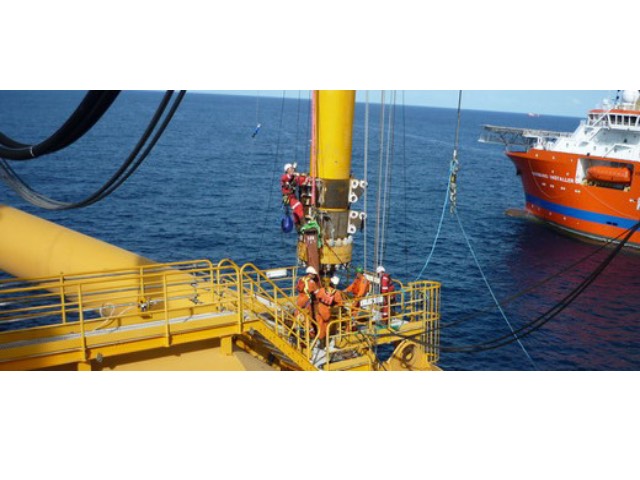 SBM Offshore is pleased to announce it has signed contracts with Petróleo Brasileiro S.A. (Petrobras) for the 22.5 years lease and operation of FPSO Sepetiba (formerly known as Mero 2). These contracts follow the signing of the binding Letter of Intent (LOI) as announced on June 11, 2019.

FPSO Sepetiba will be deployed at the Mero field in the Santos Basin offshore Brazil, 180 kilometers offshore Rio de Janeiro. SBM Offshore is progressing with the design and construction using its industry leading Fast4Ward® program as it incorporates the Company’s new build, multi-purpose hull combined with several standardized topsides modules. Delivery of the FPSO is expected in 2022.

The Libra block, where the Mero field is located, is under Production Sharing Agreement to a Consortium comprised of Petrobras, as the Operator, with 40 percent, Shell with 20 percent, Total with 20 percent, CNODC with 10 percent and CNOOC Limited with 10 percent interest. The Consortium also has the participation of the state-owned company Pré-Sal Petróleo SA (PPSA) as manager of the Production Sharing Contract.