The total number of vessels applying Nippon Paint Marine hull coatings at drydock increased by 9% this year compared to the company’s 2018 figures.

In the 12-month period to June 2019, the marine coatings supplier, a division of Japan’s Nippon Paint, registered increased applications across all ship sectors, with growth in supply of underwater coatings to gas tankers, in particular, rising more than other types of vessels.

The number of gas carriers applying Nippon Paint Marine products jumped significantly by more than 30% during the period, followed by a 15% increase in the number of passenger vessels and cruise ships using the company’s coatings.

Studying the detailed statistics of the products’ applications revealed that the company’s unique self-indicating epoxy coating NOA10M was the coating most frequently applied during the period.  In fact, numerous Nippon Paint Marine’s dry-docking applications used the self-indicating coating during 2019.

Niko Yamanoue, Deputy Managing Director, Nippon Paint Marine (Europe) GMBH, said: “While we need to determine whether the increase correlates directly to an increase in the number of ships that drydocked this year, there has been substantial market interest in the self-indicating capability of the NOA10M product.

“The success of this product in ensuring applicators easily achieve correct paint film thickness, while reducing time and maintenance costs, has clearly had an impact.”

Yamanoue furthered that Nippon Paint Marine secured a higher number of gas carrier and passenger ship projects compared to the 2017 to 2018 period, which resulted in “a rise in up-take of our advanced low friction coatings”.

The imminent introduction of regulations to curb ship sulphur emissions has also resulted in an increase in orders for specialist coatings.

“Shipowners are specifying the system to safeguard scrubber wastewater discharge outlets against corrosion, and we anticipate further orders as the regulation takes effect,” he said. 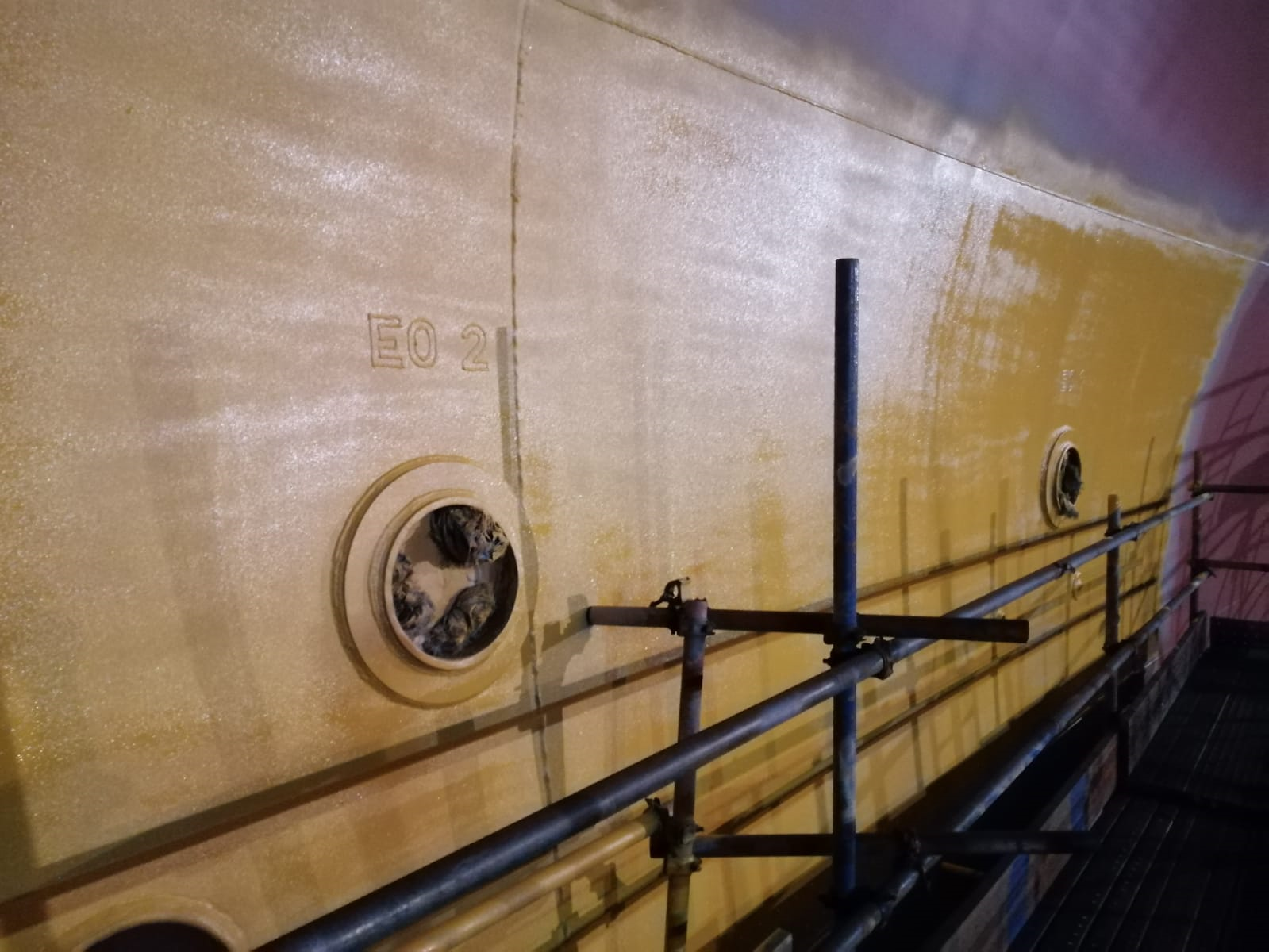 Nippon Paint Marine reports an increase in the uptake of its NOA10M hull coating.