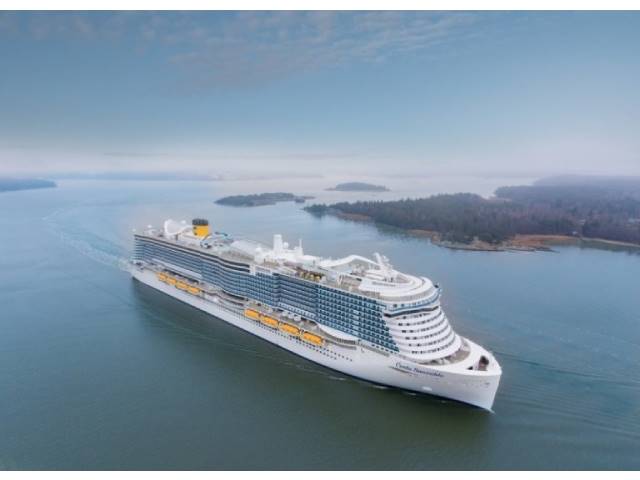 Costa Smeralda the first LNG-powered ship that will join the fleet of Italian cruise line Costa Cruises has passed her propulsion test carried out with liquefied natural gas (LNG) as part of her comprehensive sea trials, marking the next major milestone in her construction.

Beginning on 16 November, the ship underwent a series of tests that verified her systems, equipment and engines all operated correctly while using LNG. Following the test’s success, Costa Smerelda has become the second cruise ship in the world to use the fuel both in port and at sea. The first was AIDA Cruises’ AIDAnova.

“The fuelling of cruise ships with LNG is an innovation in which we were the first to believe five years ago when we ordered the Costa Smeralda, setting an example for the sector which has since been followed by other companies,” said Neil Palomba, president of Costa Cruises. “It is a safe and reliable technology, which is currently the most effective and feasible solution to ensure a significant reduction in the environmental impact of cruise ships in port and at sea.”

Following the trials, Costa Smeralda returned to the Meyer Turku shipyard in Finland for interior outfitting. The ship will debut on 21 December and sail a maiden cruise from Savona, Italy to Marseille, France and Barcelona, Spain.