Cyprus Shipping News
Home Cyprus Candidature of the Republic of Cyprus for re-election to the Council of... 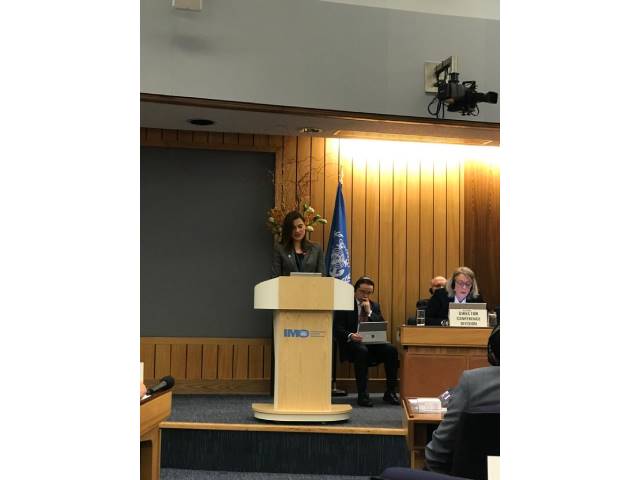 Mission from the Shipping Deputy Ministry headed by the Shipping Deputy Minister Ms Natasa Pilides, is in London to attend the 31st Regular Assembly of the International Maritime Organization. During the convention, elections will be held for the new Council of the Organization. Cyprus is seeking election in the Category C, in which 20 countries are elected with another 24 IMO member states candidates. Cyprus has been continuously elected as a member of the IMO council since 1987, reflecting Cyprus meaningful action both within the IMO and in international maritime affairs in general.

Addressing the Convention, the Shipping Deputy Minister underlined the importance of shipping for Cyprus and outlined the actions to be taken for further support and develop of the sector internationally. Also, she noted the need for common actions to ensure the sustainable development of the global shipping, while presenting Cyprus’s positions regarding the environmental issues concerning maritime transport. In addition, she stated the importance of promoting the maritime profession by welcoming actions for stronger presence of women in the maritime professions.

Ms Pilides referring to the IMO’s goals, underlined the Cyprus’s commitment for the continuously significant contribution to the IMO’s work, based on its long-standing policy of bridging the gap between developed and developing countries, as well as the financial stability of IMO and its associated institutions.

During the working part of the Convention, the Shipping Deputy Minister and the Cypriot Delegation will hold bilateral meetings with Ministers of France, Georgia, Estonia, Malaysia and Panama to discuss maritime issues of common interest and cooperation.

As part of the visit, the Shipping Deputy Ministry and the Maritime Office of the High Commission of the Republic of Cyprus in London will hold a reception in honor of all the Member States of the International Maritime Organization.