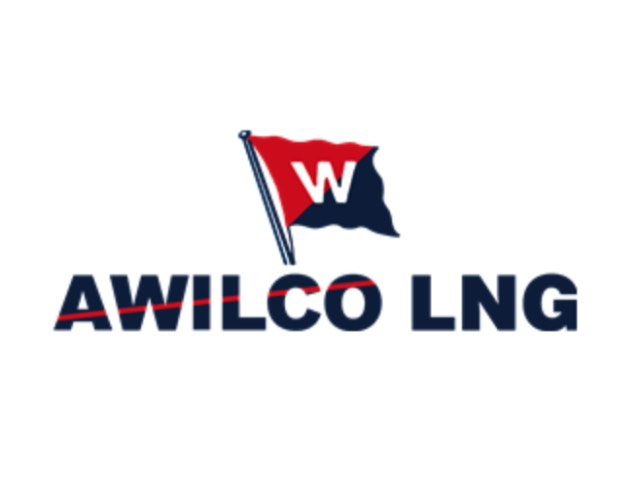 Freight income for the quarter was MUSD 6.7, up from MUSD 3.9 in Q2 2019. The whole amount was attributable to WilPride which was delivered on an 8-month contract on 9 July. Subsequent to being struck by another vessel end of May 2019, WilForce was off-hire until repairs were completed in mid- September. Loss of hire insurance at USD 65,000 per day compensated for some of the lost time charter hire in the off-hire period, totaling MUSD 4.4 in the third quarter and MUSD 1.1 in Q2 2019 (presented as other income in the income statement). Fleet utilisation for the quarter ended at 45 % compared to 56 % in the previous quarter due to the extensive off-hire on the WilForce following the collision (not including offhire days covered by loss of hire insurance). Voyage related expenses amounted to MUSD 0.4, down from MUSD 1.1 in Q2 2019.

The repurchase obligations for WilForce and WilPride mature 31.12.2019 plus/minus 60 days in the Group’s favour. On 2 August 2019 a term sheet for the refinancing of the Company’s two vessels was agreed and signed with CCB Financial Leasing Co. Ltd. (CCBFL). On 18 October 2019 the facility was credit approved. The sale/leaseback facility has a 10-year tenor and is expected to enable a full take out of the Company’s current sale/leaseback facilities at attractive terms. The facility is expected to close in Q4 2019 / Q1 2020 subject to documentation and customary closing conditions, see note 4 for further information.

The exceptional growth in LNG trade recorded in the first half of the 2019 continued in Q3. According to Fearnleys LNG total LNG trade is up about 13 % in the first nine months of the year vs last year. In line with normal seasonal patterns gas prices inched upwards in Q3 but remained historically low due to increased production and muted demand in the Far East. Far east gas prices started the quarter at USD 4.5/MMBTU and ended at USD 5.5/MMBTU, whereas UK NBP started Q3 at USD 3.5/MMBTU and closed at USD 5.4/MMBTU. Henry Hub opened at USD 2.3/MMBTU and closed at same.

Due to a relatively mild winter reducing gas demand for power generation and higher nuclear power generation in Japan and South Korea, LNG imports decreased by 8 and 9 % y-o-y Jan-Sept respectively, whereas imports to India were up 3 % and imports to China increased by about 21 % y-o-y. Europe has been the main buyer of incremental LNG volumes in 2019, growing imports by 74 % y-o-y to about 65 MT and taking advantage of low gas prices to switch its energy mix from coal to gas. European storage levels were about 97 % full at the end of Q3, which is about two months early compared to historical average peak of pre-winter up-stocking. As a result, and in combination with contango in gas prices in the Far East, a number of LNG carriers have been employed as storage in both basins.

Total shipping demand as expressed by growth in ton-mile increased by about 7 % in the first nine months of 2019 compared to a fleet growth of 9 % according to Fearnleys LNG. Taking into account storage and slow steaming (ton-time), shipping demand increased by about 12 % in the period, which supported a firming shipping market. According to Fearnleys LNG headline spot TFDE day rates started the quarter at USD 50,000 and USD 40,000 per day West and East of Suez respectively, and gradually increased to USD 88,000 and USD 83,000 respectively end Q3. Ballast bonus compensation improved along with the increase in headline rates.

In spite of the current low gas price environment, with global gas prices at their lowest for 10 years, 2019 has seen an all-time high in final investment decisions on new liquefaction capacity. A total of 64 MTPA of new capacity has been sanctioned in 2019, representing about 20 % of total LNG traded in 2018 at 325 MTPA. In total 111 MTPA of new LNG production capacity is under construction and expected to commence production in 2020 to 2026. According to market analysts a further approx. 800 MTPA of new LNG production is in various stages of planning.

The principal activity of Awilco LNG ASA and its subsidiaries is to invest in and operate LNG transportation vessels. Technical and commercial management of the fleet is performed from the Group’s office in Oslo, Norway. The Group has 8 employees and Awilco LNG purchases certain administrative and sub-management technical services from two companies in the Awilhelmsen Group; Awilhelmsen Management AS and Awilco Technical Services AS, see note 6 for further details.

WilPride was delivered 9 July 2019 on an 8-month time charter contract to an oil and gas major and is expected to be redelivered in March 2020.

Spot shipping rates are currently reported at about USD 117,500 per day on average. Last year’s high in the spot market was largely demand driven due to up-stocking ahead of winter in the Far East. The story this year is so far completely different as demand has been muted in the Far East and the firm shipping market at time of writing is largely a result of the exceptional growth in LNG volumes. Europe’s gas storage is full, available vessels in all basins is limited and about 25 LNG carriers are currently used for storage, illustrating the value of LNG carriers as storage in periods of market imbalances.

Over 100 MTPA of new LNG production capacity under construction is expected to start up the next five years. Tonnage demand and supply appear balanced going forward, noting that about 50 % of the new production capacity is being built in the US, which may underpin demand for LNG carriers beyond current fleet and orderbook. However, periods of volatility and seasonality should be expected.

Natural gas is currently priced less than half of oil on an energy equivalent basis. Increasing global focus and awareness on environmental issues coupled with the current low gas price is expected to trigger further growth in the share of gas in the global energy mix.

The Company’s refinancing has been secured on attractive terms and is expected to close in Q4 2019 / Q1 2020. Efforts to consolidate with other ship owners are still ongoing, however, outcome of these discussions is still unclear. Awilco LNG has one vessel on contract until March 2020 and is well positioned in this growing market.