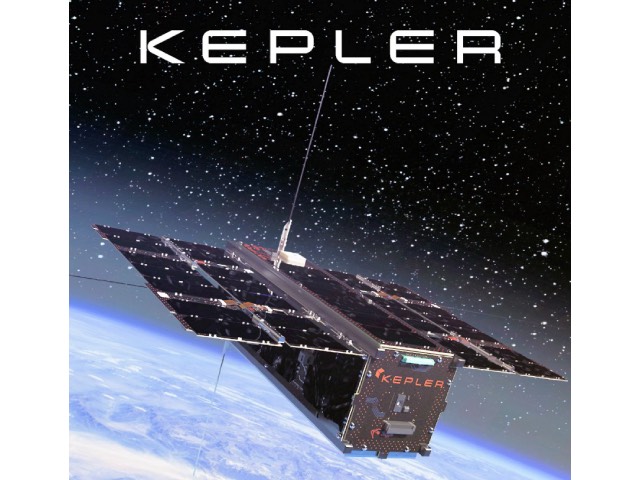 Canadian company Kepler Communications has successfully deployed two tiny Nano Satellites’ – no bigger than a breadbox in your kitchen – to help deliver low latency “ultrafast broadband” (100Mbps+) speeds to the polar (Arctic) regions from Low Earth Orbit (LEO). The spacecraft are now being used by maritime vessels and researchers.

Traditional GEO Stationary Orbit (GSO) satellites are huge (size of a large bus) and struggle to deliver latency times of less than600ms (milliseconds), which is largely because they orbit some 35,000km+ from Earth. All of this makes them very expensive to both build and launch (plus they take years to build), although a single one can serve hundreds of thousands – potentially millions – of users.

At this point regular readers may recall that we’ve touched on the advantages of alternative LEO based satellite technology on a few occasions, often while writing about the huge constellations of such spacecraft being deployed by companies like SpaceX and OneWeb(here and here). Typically these are much smaller (half the height of a person, with solar sails folded), weigh around 75-250Kg and obit c.1000km from Earth (faster latency of around 25-45ms).

However Kepler’s Nano satellites are even smaller. At present the company has two in orbit over the Arctic, KIPP and CASE, with a third (TARS) set to go live shortly. Fellow geeky types will no doubt recognise those names from certain movies (e.g. Interstellar) and other space related references.

As an example, KIPP is a 3U CubeSat that is roughly the size of a bread tin when folded and weighs just 5Kg! The cube satellite orbits at about 2,000km from planet Earth (not quite as close as OneWeb or SpaceX) and is designed to last for 3 years before decaying into the atmosphere.

KIPP, as the first one to launch, is only designed to deliver upwards of 40Mbps to 60cm diameter VSAT (Very Small Aperture Terminal) antennas, although all of them form part of a new network called PolarConnect and will get faster in the future; this is specifically designed to serve remote parts of the Arctic and related shipping.

Unlike other LEO based broadband satellites, the PolarConnect network is already active and has just successfully connected scientists on the German icebreaker Polarster (using its first two nano satellites), which is currently located around 85oN and is the home to the MOSAiC scientific expedition (i.e. examining the impact of climate change on the Arctic).

Aboard the Polarstern, Kepler has demonstrated data rates of 38Mbps downlink and 120Mbps uplink to a 2.4m Ku-band VSAT (Very Small Aperture Terminal). This is much more impressive than it sounds, particularly given the limitations of existing GSO satellites in the area (i.e. speeds of 1Mbps are more common on ships and that’s if you can get a signal at all) and the tiny size of their satellites.

As usual the more satellites that Kepler can field, the faster the data and better their coverage. The company currently plans to put into service 15 additional nano satellites as part of their GEN1 constellation, which should go live by the end of 2020. We’ll be interested to see how these fair against the bigger and more expensive platforms from SpaceX and OneWeb etc. No doubt there will be the usual concerns about rising levels of “space junk” and the potential for collisions.