KVH Industries, Inc., (Nasdaq: KVHI), a leader in mobile connectivity, announced today that it has shipped its 10,000th VSAT satellite communications system. This is the latest milestone for a company whose history of innovation in the maritime satellite communications industry began in 2007, when KVH introduced the TracPhone® V7, the first maritime 60 cm VSAT terminal, and the mini-VSAT Broadbandsm service. Since that time, KVH has become the market share leader for maritime VSAT terminals (Source: Euroconsult, Prospects for Maritime SATCOM, 2019, market share VSAT units), and today KVH provides high-speed connectivity, voice service, IoT capabilities, and content to commercial vessels and leisure yachts around the world.

“We set out to make satellite communications reliable, cost effective, and more accessible to seafarers through innovations in technology, satellite services, and business models,” says Martin Kits van Heyningen, KVH chief executive officer. “The accelerating adoption of our TracPhone VSAT systems and connectivity delivered by our high-throughput satellite (HTS) network reflects the demand for the affordable airtime, fast data speeds, network security, IoT proactive monitoring, and value-added services that we deliver. The ability to offer a fully integrated solution, which we see as the KVH Advantage, is desirable both to leisure boaters who wish to remain connected to friends and family on shore as well as the commercial industry in which the connected ship is rapidly becoming a reality.”

KVH’s innovations in maritime connectivity include disruptive business offerings such as AgilePlans®, a subscription-based CaaS model for the commercial maritime sector, introduced in 2017. The AgilePlans program, which offers KVH’s global connectivity, VSAT hardware, news, entertainment, and training content, and free installation in as many as 4,000 ports and locations around the world, is proving extremely attractive to global fleets. It has been the driving force behind the company’s unprecedented growth in VSAT unit deployments. In the second quarter of 2019, it accounted for more than 69% of KVH’s total commercial maritime VSAT shipments and helped drive an 11% increase in VSAT shipments compared to the same period in 2018.

KVH is a mobile technology innovator that provides connectivity solutions for commercial maritime, leisure marine, and land mobile applications on vessels and vehicles, including the award-winning TracPhone and TracVision® product lines, the global mini-VSAT Broadband network, and AgilePlans. KVH Media Group provides news, sports, and entertainment content with such brands as MOVIElink™, TVlink™, NEWSlink™ and SPORTSlink™.

About KVH Industries, Inc.
KVH Industries, Inc., is a global leader in mobile connectivity and inertial navigation systems, innovating to enable a mobile world. A market leader in maritime VSAT, KVH designs, manufactures, and provides connectivity and content services globally. KVH is also a premier manufacturer of high-performance sensors and integrated inertial systems for defense and commercial applications. Founded in 1982, the company is based in Middletown, RI, with research, development, and manufacturing operations in Middletown, RI, and Tinley Park, IL, and more than a dozen offices around the globe. 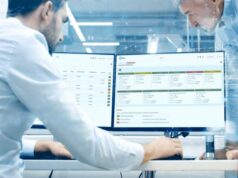 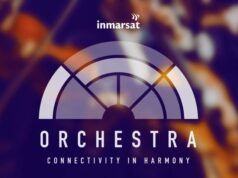 INMARSAT unveils the communications network of the future 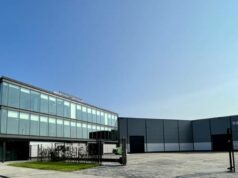