Cyprus Shipping News
Home Yachts and Cruises Nidec ASI is the parent company of the two consortia that won... 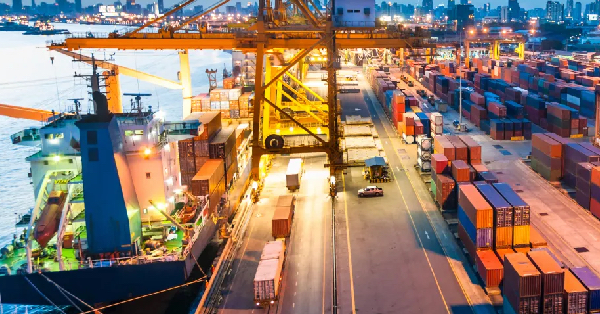 Nidec ASI, part of the Energy & Infrastructure Division of the Nidec Group, continues its growth path in Europe and in Italy under the banner of sustainability, consolidating its leadership in the ecological transition sector in our country by being awarded two turnkey projects for electrification of the quays (cold ironing) of the passenger ports of Genoa and Savona. In particular, as far as Genoa is concerned, 4 years after the first shore-to-ship project carried out by Nidec ASI for the port of Genoa Prà, the Western Ligurian Sea Port Authority, by signing a contract worth a total of approximately €18 million, has assigned the executive design and works to the Temporary Joint Venture (TJV) of which Nidec ASI is the leading company, and in which Ceisis, leader in the design, construction and management of port facilities, and the Molfino & Longo civil engineering firm are consortium partners. Nidec ASI is also at the head of the group of companies which, by decision of the Western Ligurian Sea Port Authority, was awarded the contract for a project worth around €8 million in Savona, which once again involves Ceisis, together with Giuggia Costruzioni, the SV Port Company and the Fenoglio E Persico Engineering Firm. For the Ligurian capital, the order was acquired in June and the design phase has already started, while the order for the contract relating to the port of Savona was signed in September and it is estimated that both projects will be completed in around 2-3 years.

Thanks to the innovative electric power supply systems for ships developed by Nidec ASI in Genoa and Savona, it will be possible to reduce emissions and noise pollution with positive impacts on inhabitants and tourists in the areas bordering the two Ligurian ports, which are both located inside the cities, while at the same time having minimal impact on the operation of the ports. In Genoa, the project envisages Nidec ASI building six berths which will allow the cruise ships and ferries docked at the port to switch off their on-board generators, connecting to the electricity grid to meet their operational needs. In order to adapt the voltage and frequency of the power supply network to what the ships require, a conversion system consisting of distribution panels, transformers and converters that will allow the ships to be powered simultaneously will be implemented. In Savona a cold ironing system similar to that of Genoa will be developed for the cruise port, with a converter which will allow one ship to be powered at a time. For both projects, an automation, monitoring and control system will allow meeting all safety regulations.

The two orders comply with the necessity of following European Union directives which, since 2003, encourage ports to adopt quays electrification systems (shore-to-ship) to reduce polluting emissions of vessels in the port, while maintaining heating and air conditioning running, as well as the necessary vessel auxiliary systems. By 2025 this recommendation will become binding for all European ports. The planned investments for modernizing the ports of Genoa and Savona are co-financed by the EIB (European Investment Bank) for a total of projects equal to €789 million (approximately 300 covered by the EIB loan) and include various interventions such as moving the breakwater in the capital port, access to the railway terminals, cold ironing (electrification of the quays), restructuring the port moorings and IT security.

“These ambitious projects confirm our leadership in the development of shore-to-ship systems in Europe and in Italy. The two initiatives where we are protagonists represent a fundamental step in the process aimed at reducing the environmental impact of port activities, a central theme for promoting a sustainable development model in Italy and in Europe and that we trust will kick off many other similar projects for Italian ports, after the Ligurian ones, which have led the way. The transformation of logistics and port infrastructures towards greater safety and energy savings can also help improve the life of local communities and develop tourist activity, allowing a greater number of cruise ships to dock” said Dominique Llonch, CEO of Nidec ASI. “We are pleased to continue collaborating with the Western Ligurian Sea Port Authority by providing the most advanced technology, thanks to 40 years of experience in the construction of conversion systems, combined with the ability to meet specific needs through customized solutions and proven know-how, developed through various applications already installed in the Port of Genoa Prà, Livorno, in the Muggiano Shipyards – La Spezia, in the Military Naval Bases of Taranto, in the port of Valletta and in Port de Séte (Southern France). And we have many other initiatives in the pipeline: we are in fact participating in all the tenders in the Mediterranean area for the development of electrification systems”.

These new projects, together with other shore-to-ship systems implemented last year in Malta, and in southern France, as well as those in the development phase in Greece and Spain, other major initiatives such as the supply of battery storage systems for onboard energy for full-electric and hybrid cargo ships, ferries and yachts (with the possibility of providing automatic fast-recharging from land), and solutions for automating cranes used in ports, make Nidec ASI a true leader in the evolution of the maritime and port sector towards all-electric, so key to navigation and logistics that are increasingly green and sustainable. The Group is also fully-active in the transport sector through promoting the development of electric cars utilizing an ultra-fast recharging system for e-vehicles and a recently launched Ultra-Fast charging station.