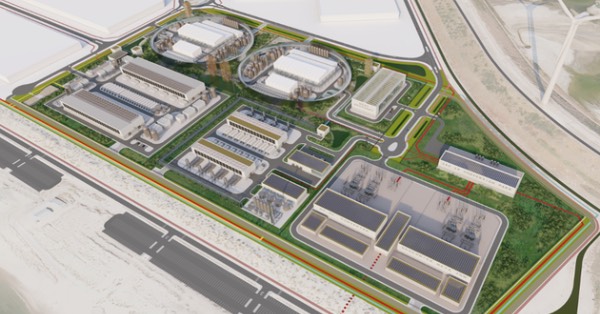 To spur the production of green hydrogen, three projects in Rotterdam are receiving grants from the state under the so-called IPCEI regulation. In total, several hundred million euros are involved

The Port of Rotterdam Authority has set up a special site for this new industry on Maasvlakte 2. The electrolysers that produce green hydrogen using green power (offshore wind) will be located here. These are plants of Shell (Holland Hydrogen 1), bp and HyCC (H2-Fifty), and of Air Liquide (CurtHYL). The plants each have a capacity of 200 to 250 MW. By comparison, the largest currently operational plant in Europe is 20 MW.

The central government has announced that a total of seven green hydrogen production projects in the Netherlands will receive subsidies. Three of these are in Rotterdam. The other four are in Zeeland, Amsterdam/North Sea Canal and Groningen.