Cyprus Shipping News
Home Yachts and Cruises Viking Line is one of the main sponsors of the film Stormskärs... 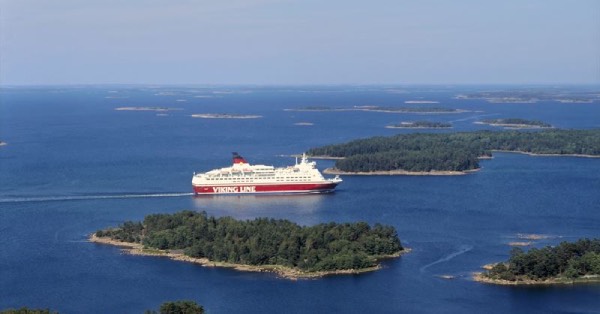 One of the biggest Finnish film productions ever, Tiina Lymi’s vision of the epic Stormskärs Maja, is now under way in Åland. Viking Line is one of the main sponsors of the film, which will have its premiere in early 2024.

The TV series Stormskärs Maja, based on Anni Blomqvist’s series of novels about life in the 19th century Åland archipelago, was broadcast in 1976 and is the biggest and most beloved Finnish-Swedish TV series of all time. Now, nearly a half century on, a new film adaptation of the story is being made, and the film will have its premiere in early 2024. Viking Line is one of the main sponsors of the production.

“Viking Line’s roots and identity have many points in common with the story of Stormskärs Maja, which is an homage to the sea, the archipelago and life there. We’re an Åland-based shipping company, and the Baltic Sea gives us our livelihood. Protecting the sea is an issue that’s close to our hearts. For us, it’s natural to be involved in this wonderful production, which also means jobs and PR for Åland,” says Johanna Boijer-Svahnström , Senior Vice President of Corporate Communications at Viking Line.

The production company for Stormskärs Maja is Solar Films, and the screenwriter and director is Tiina Lymi. The budget is sizeable for a Finnish film, at more than 4 million euros, making it one of the biggest Finnish film productions ever.

The movie, about the life of a young couple in the outer archipelago, is being filmed mostly in Geta in northern Åland – about 40 kilometres east of Väderskär, where the 1970s TV series was filmed.

“In order for the logistics to work and so that costs would not be unreasonable, the main film location has to have good transport links but still look like a barren, windswept isle. After a lengthy search, we found the perfect location in Geta on the northern coast of Åland. Last summer, we built Maja and Janne’s house, a cowshed and a boathouse. We’re filming the interior scenes in Helsinki,” says producer Hanna Virolainen.

“It’s wonderful that we’re making this beloved story known again to a large audience using the latest film technology. We wish the film success both in Finland and the other Nordic countries, ”says Hanna Virolainen.