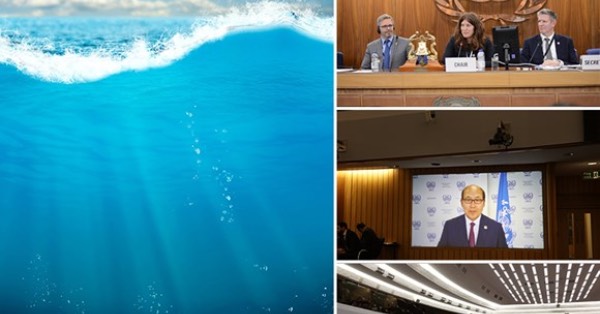 IMO is marking five decades of the London Convention, adopted in 1972 to protect the oceans from dumping of wastes. The Convention was updated in 1996 by the London Protocol, a comprehensive stand-alone global agreement,  however the two treaties work in conjunction to regulate the dumping of wastes at sea.

The London Convention and Protocol (LC and LP treaties) have evolved over the years, banning the dumping of radioactive waste at sea since the 1980s and, in the 21st century, addressing carbon capture and storage and marine geoengineering. (Learn more here)

Following the United Nations Conference on the Human Environment (June 1972, Stockholm), the London Convention was adopted on 13 November 1972 at the Intergovernmental Conference on the Convention on the Dumping of Wastes at Sea, held in London, United Kingdom. “The international community recognized that we have a collective responsibility to protect the environment and to, in particular, address the deliberate and indiscriminate dumping of wastes at sea,” Mr. Lim said. IMO was invited to assume the duties as the permanent role of secretariat to the Convention and has done so since 1977.

Ms. Betsy Valente (United States), Chair, LC/LP governing bodies, said the uncontrolled dumping of waste into the oceans that was evident in previous decades had ended with the adoption, entry into force and implementation of the London Convention and its Protocol. “Great progress has been made in the past 50 years, and I believe this is due to the active participation of Parties, NGOs and IGOs, working together to solve problems,” she said, highlighting the development of guidelines under the treaties and the willingness of Parties to share experience and best practices and the best available science and knowledge.

In a video message, Mr. Scott Mann, Parliamentary Under Secretary of State to the Department for Environment, Food and Rural Affairs (Defra), United Kingdom, said, “Thanks to the international guidelines developed under the Treaties, countries can assess the risk to the marine environment posed by dumping activities using the best available evidence. And Parties to the treaties have promptly responded to new threats to the ocean. By enabling marine geoengineering and carbon capture technologies to operate in ways that does not put the health of the ocean at risk, the London Convention and Protocol are at the forefront of climate change mitigation.” He added: “Membership of the Convention and Protocol means being part of an international community of experts, all working together to find the best solutions to the threats we face. The London Convention has achieved significant progress in the last 50 years, but I encourage you all to look to the future and seize the opportunities that will safeguard our oceans and the crucial services they provide.”

The annual meeting of Parties to the LC and LP is being held at IMO Headquarters (3-7 October). Parties will consider adopting an amendment to remove sewage sludge from list of wastes that may be considered for dumping. (Read the opening speech here) 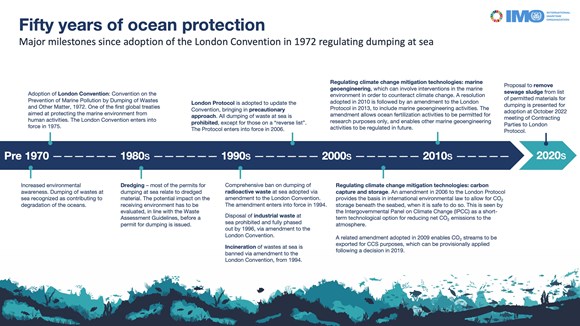 IMO and the World Maritime University (WMU) are holding a joint academic conference (10-13 October) to discuss ocean and climate related topics under the framework of the London Convention and Stockholm Declaration’s 50th anniversaries. Read more here. 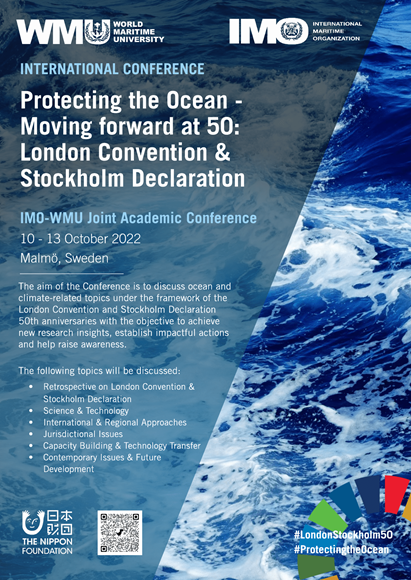