Weathernews Inc. has installed the high-frequency compact EAGLE weather radar in Chiba Prefecture and initiated a field test to verify its efficacy. We will be evaluating the accuracy of the radar and making final adjustments until June 2022.

Weathernews’ proprietary EAGLE radar is a compact meteorological radar that performs high-speed 360- degree scans of its periphery and observes the spatial structures of clouds at a high frequency. The radar is characterized by its ability to perform three-dimensional observations in 30 seconds, unlike the current WITH radars that require five minutes. The radar enables near real-time tracking of the development of cumulonimbus clouds within a 50 km radius, making it possible to capture guerilla thunderstorms, linear precipitation zones, heavy snow, wind gusts, hail, and other sudden, localized weather events with greater accuracy.

The Weathernews Forecast Center will monitor the radar and utilize the observation data to improve forecast accuracy. We will also develop new services, such as support for road management companies in making snow removal decisions. Further, we are planning to install the radar in a total of 50 locations in Asia within two years to reinforce the global weather monitoring system.

Weathernews developed the compact WITH weather radar in 2009, which we installed and are operating in 80 locations throughout Japan. We have been able to confirm the efficacy of compact meteorological radars, having tested them for more than ten years through the observation of events such as guerilla thunderstorms and wind gusts. However, because the existing WITH radars require about five minutes for omnidirectional 3D observation, the detailed tracking of the rapidly developing and changing clouds had been difficult.

To enable higher frequency observations, Weathernews
developed the new high-frequency compact meteorological radar EAGLE as a successor to the WITH Radar. This WNI-proprietary radar , through 360-degrees high-speed scanning, enables near real-time spatial observation of the size of rain drops and the direction in which the clouds are moving. The radar completes a rotation in a minimum of five seconds , quickly obtaining detailed three-dimensional data over a 50 km radius in 30 seconds. The achievement of high-speed observation will render it possible to capture guerilla thunderstorms, linear precipitation zones, heavy snow, wind gusts, hail, and other sudden, localized weather events.

Weathernews has installed an EAGLE radar in Chiba Prefecture and initiated a field test. We will be evaluating the accuracy of the radar and making final adjustments until June 2022. As regards the utilization of the radar, the Weathernews Forecast Center will begin by monitoring the radar and using the observation data to improve the accuracy of forecasts for periods of a few hours ahead. As was the case with the WITH radars, we will not only be capturing the state of clouds in 3D but will also be working on the development of services concurrently with the field test. We will initially focus on Japanese companies, developing services such as decision-making support relating to snow removal and detour recommendations for road management companies. 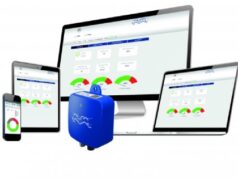 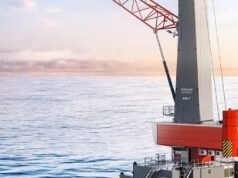 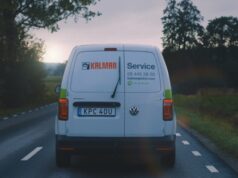