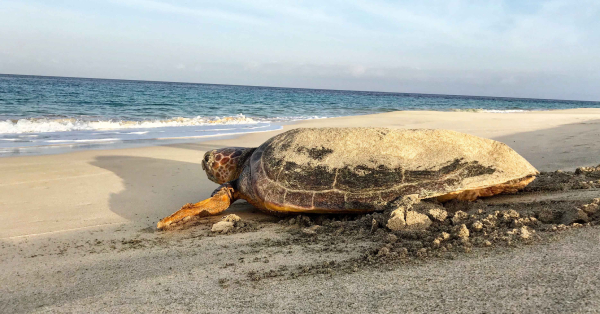 Through the TUI Turtle Aid Programme, NGO Project Biodiversity and the TUI Care Foundation have worked together over the last six years to support sea turtle conservation in Cape Verde, with protection, education and outreach initiatives for tourists and local communities on the island of Sal. Now, the partnership is taking on a new challenge. Advanced drone technology will be used to protect nesting loggerhead turtles against the threat of poaching on some of the island’s most remote beaches.

The absence of tourism during the COVID-19 pandemic has meant that beaches have been quiet. This has increased poaching on the island. Despite vigilant night patrols by the Project Biodiversity teams, as well as comprehensive legislation prohibiting the killing, capture or disturbance of sea turtles throughout Cape Verde, illegal poaching remains a significant threat to an already endangered species. Each year, an estimated 6 – 13% of nesting females are killed by poachers. Much of this poaching occurs on remote beaches that are difficult to reach with in-person patrols, or where patrols can only happen sporadically.

In these areas, drones can make all the difference. Drone patrols supported through the TUI Turtle Aid Programme began recently in the small but critical nesting area of Natural Reserve of Murdeira Bay. They also extended to other remote zones and Project Biodiversity routinely recorded poaching incidences. Almost immediately, the team began to see results. In cooperation with local authorities the initiative has already been able to stop a number of poaching attempts over the last months.

In addition to direct protection, the drone patrols have also allowed the team to monitor other growing threats, such as the predation of sea turtle nests by stray dogs. With this footage and information, along with the help of the local authorities, the team will have valuable tools to help mitigate these problems on the island.

As the nesting season slowly draws to a close and tourism restarts, Project Biodiversity is excited to welcome guests and visitors once again to its main hatchery behind the RIU Funana Hotel, where they can enjoy the opportunity to see baby loggerhead turtles every afternoon. With tourism in Sal gaining momentum again, the team is excited to share more about its turtle protection work – this year with the new addition of an information kiosk. Guests can receive information about the initiative and learn more about wildlife on Sal and the TUI Turtle Aid programme which supports sea turtle conservation on Sal and around the world.

To support turtle protection, the TUI Turtle Aid adoption programme is offering the opportunity to adopt a turtle in Cape Verde. This includes choosing a name for the baby turtle and a birthday (hatch date). As soon as the baby turtle hatches, the adopter receives an adoption certificate from Project Biodiversity and a picture of the newly hatched baby turtle via email. 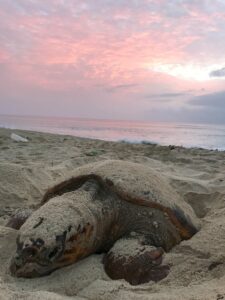 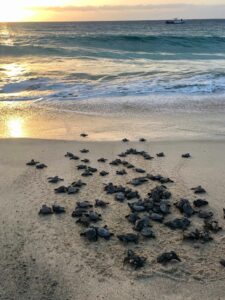 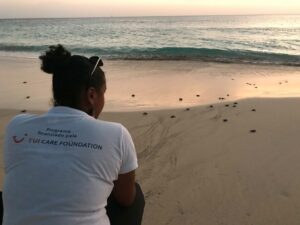