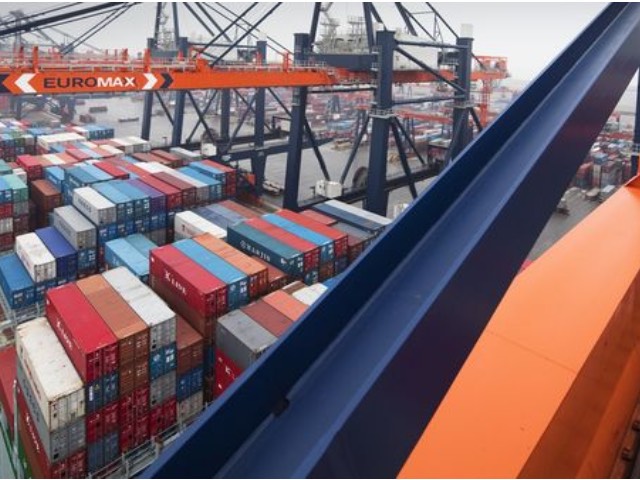 In the first six months of 2021, throughput in the port of Rotterdam was 231.6 million tonnes, a rise of 5.8% compared with the same period last year. Despite this increase, throughput volume has not yet recovered from last year’s corona dip. In the first half of the year, there was primarily an increase in incoming and outgoing flows of iron ore, coal and containers. The Port Authority’s financial results were good.

Highlights of the first half of the year

Allard Castelein, CEO of the Port of Rotterdam Authority: “It is encouraging to see that the total throughput volume is increasing quarter on quarter. However, this does not mean that the port of Rotterdam has already made up entirely for last year’s corona dip. The Port Authority’s financial results were satisfactory. They allow us to continue investing in the port of the future, in the transition to cleaner energy and in good accessibility so that we can help our clients bring more cargo to Rotterdam. We believe that our investments have a significant impact on employment, sustainability and society.”

Developments by category of cargo throughput

The throughput of dry bulk amounted to 37.7 million tonnes, an increase of 22.5% on the first half of 2020. In particular, the upturn in German steel production led to a rise in demand for iron ore and scrap (+34.4%). Demand for cokes for blast furnaces was also higher in consequence. There was also much more demand for energy coal for power generation during this period. That was related to the bounce in the economy and disappointing electricity production from wind.

High gas prices meant that power generation with coal was competitive despite the higher prices for carbon emission rights. Total coal throughput rose by 35.8% in the first half year. It should be pointed out that the volume of coal is decreasing when viewed over a period of several years, falling by 44% between 2015 and 2020.

The throughput of agricultural bulk was down by 8.9%. Last year, the throughput of cereals, oil seeds and cattle feed was high despite the corona crisis. At the time, the uncertainty about possible disruptions to the supply of foodstuffs led traders and importers to buy large amounts of agricultural bulk. However, from October last year onwards, throughput tailed off because large stocks, including those of soya and maize, had built up during the year.

In the largest throughput category – liquid bulk – growth was less exuberant than for dry bulk.  The total throughput of liquid bulk rose by 1.1% to 100.9 million tonnes. There were slight increases in the throughput of mineral oil products (+3.7%) and crude oil (+0.4%). LNG, on the other hand, was down slightly (-4.7%).

A factor in the crude oil market was that, from the start of the second quarter onwards, refining activity in the Netherlands and Germany returned to a level higher than in 2020. Last year saw a downward trend with the onset of the COVID-19 crisis.

The throughput of oil products was higher in the first quarter than in 2020 and lower in the second quarter, leading to an increase in throughput on balance. That rise was mainly attributable to the incoming flow of fuel oil and naphtha. More fuel oil came to Rotterdam from Russia, mainly due to fewer direct exports from Russia to the US. Naphtha is a typical import product. In this case, more demand from the chemical industry led to more imports.

Imports of gas oil/diesel were lower and exports higher. For example, more has been transported to the United States, partly because of the extreme cold there. Kerosene throughput dropped sharply due to low demand. In the Other Liquid Bulk category, there was an increase in biofuels and a slight decrease in chemicals throughput.

Container throughput in tonnes rose by 4.4% and by no less than 8.7% in TEU. Never before have so many containers been shipped via Rotterdam within a half-year. There are two reasons for the difference between tonnes and TEU. Firstly, more empty containers were handled, particularly in the first quarter, than in the same period in 2020. The second cause is that there has been a downward trend for some time now in the average weight of full containers.

The rise in demand for consumer goods, in combination with disruptions in the logistical chains (including the Suez Canal blockage, the corona outbreak and lockdown in the port of Shenzhen) caused global delays and high freight tariffs. The handling of container flows was quite smooth in Rotterdam.

RORO throughput recovered well in the second quarter after a sharp decline just after the Brexit in early 2021. The second quarter was even slightly up on 2019. Volumes are substantially (+8.8%) higher than in 2020. It should be noted here that last year’s half-year volumes were hit hard by the first corona lockdown in the second quarter. The throughput of other break bulk increased by 14.7%, mainly because of the rise in non-ferrous metals and steel

The Port of Rotterdam Authority’s financial results were good in the last half year. Revenue rose by 7.5% to € 387.6 million (2020 H1: € 360.4 million). Contract income from site rental increased, mainly because some existing contracts were brought in line with the current market price. Revenues from sea port dues rose due to the higher throughput volume. Operating expenses were 4% down on the first half of last year, mainly due to lower expenditure during the COVID-19 pandemic and high cost awareness.

Advances made in energy transition

Once again, significant advances were made in the energy transition during the past half year. For example, it was announced in May that the Dutch government has earmarked approximately € 2 billion for the four companies that want to capture and store CO₂ for the Porthos project. Starting in 2024, carbon dioxide will be stored in that project for the first time in the Netherlands on a large scale in empty gas fields under the North Sea. This represents a substantial contribution to the achievement of the Dutch climate objectives.

Another important theme in the energy transition is hydrogen. A series of projects are in progress involving large-scale local production, imports of hydrogen from overseas, and application in the transport sector and industry. Steps are being taken towards an investment decision for the construction of a hydrogen pipeline in the port area. Studies are being conducted into the construction of pipelines between Rotterdam, Chemelot and North Rhine-Westphalia for various substances, including hydrogen and CO₂.

This kind of infrastructure is a precondition for many industries if they are to switch from fossil fuels to clean hydrogen.

The fact that the Brexit has not caused any major problems in logistics in Rotterdam demonstrates the quality of the Portbase systems and indicates that those systems deliver good support for both the transport sector and the government. It also makes it clear how important digitalisation is. In the past year, therefore, we have continued to work on digitalising a range of activities. For example, a range of processes for shipping have been further digitalised, including notifications for pilots, and a start has been made on digitalisation for the Maritime Declarations of Health. Every year, the Port Coordination Centre receives more than 30,000 of these declarations for ships’ crews.

In the last half year, the 100th company was also connected to Routescanner, a platform that provides a worldwide picture of container transport routes on the basis of data from container operators. In that way, Routescanner enhances logistical transparency. In addition to the smart exchange and use of this type of information, the Port Authority is also fitting out more and more of its physical infrastructure with sensors. The first smart bollard has now been installed. Data from these sensors allow the Port Authority to deploy and maintain its assets optimally.

The economy is picking up, as is world trade. These are positive drivers of further recovery in the throughput volume in the port of Rotterdam. At the same time, there are challenges and uncertainties, particularly with respect to the future development of the pandemic. On balance, we expect throughput volume growth to continue in the second half of 2021.

The Port of Rotterdam Authority is eager to help the Dutch government to achieve the climate objectives. In that respect, the new government will need to help facilitate major investments in infrastructure. The Port of Rotterdam also needs more latitude in the short term under the regulations applicable to nitrogen emissions in order to implement a range of projects in the field of the energy transition. If this fails to materialise, our ambitions cannot be achieved in time and the process of making industry sustainable will stagnate.