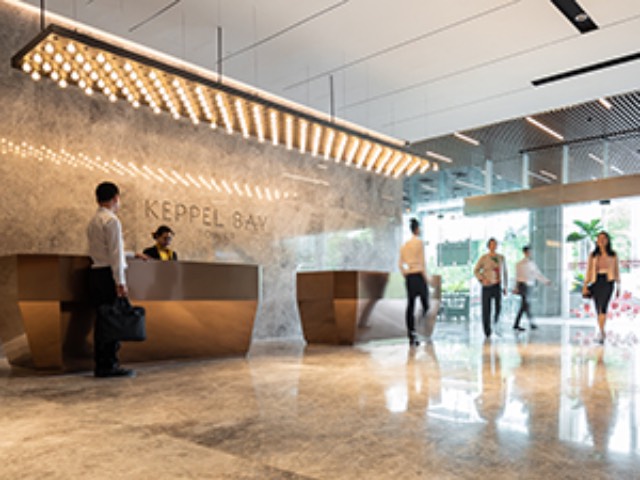 In recent years, there has been a sustained reduction in oil exploration and development activities, which caused a significant reduction in business for the O&M sector. The prolonged downturn has been exacerbated by the impact of COVID-19, the fall in oil demand and prices in 2020, and the global energy transition away from oil. In response, several global peers of Keppel O&M and Sembcorp Marine have pursued consolidations to create scale, retain talent, and more effectively use their asset bases. In particular, such actions aim to position these peers for new opportunities arising from the energy transition.

While the outlook for oil exploration and related activities remains uncertain, the outlook for energy transition is robust, including areas such as offshore wind and hydrogen. The International Energy Agency recently called for worldwide investment in clean energy to more than triple by 2030, to nearly US$5 trillion per annum. As peers orientate themselves to capture these opportunities, so too must Keppel O&M and Sembcorp Marine. Both companies are also pivoting to the renewables sector. Keppel O&M has secured multiple orders from leading players including two converter stations for TenneT Offshore, two offshore windfarm substations for Ørsted, as well as one of the world’s largest offshore wind turbine installation vessels for Dominion Energy. Sembcorp Marine’s wins include contracts for the Siemens’ Dudgeon Offshore Wind Farm Project (which has been successfully delivered), offshore substation and topsides for the Ørsted’s Hornsea 2 Offshore Wind Farm, and the HVDC offshore converter platform for the landmark RWE Renewables Sofia Offshore Wind Farm.

If completed, the potential combination would create a stronger player to capitalise on growing opportunities in the O&M, renewable and clean energy sectors. By combining the complementary strengths of both businesses, the Combined Entity would be able to accelerate the companies’ pivot towards O&M renewables opportunities. The Combined Entity would be better positioned to compete for larger contracts, whilst pursuing the synergies that can arise from the increased operational scale, broader geographic footprint and enhanced capabilities of a larger entity.

Keppel O&M and Sembcorp Marine recognise that the capabilities and experience of engineering talent built over many years have been a hallmark of their operations, and instrumental in their historical successes. The Combined Entity will bring together their best talent, engineering skills, intellectual property, technical know-how, and complementary yard capabilities. This will enhance the strength and resilience of the Combined Entity to better compete in target market segments globally.

Keppel O&M and Sembcorp Marine have committed to taking a constructive and consultative approach toward the labour considerations of the Combined Entity during their further discussions. There will be a focus on preserving operational strengths, and on continuing to attract and retain local talent, supplemented by international expertise in these specialised engineering fields.

Both Keppel O&M and Sembcorp Marine have also pledged to work cooperatively with their workplace unions on the future plans for the labour force, including continuing workforce development and training and the creation of higher value-adding jobs.

Concurrent with the MOU on the potential combination, Keppel has also signed a non-binding MOU with Kyanite Investment Holdings Pte Ltd, a wholly owned subsidiary of Temasek, for Keppel O&M’s legacy rigs and associated receivables to be sold to a separate Asset Co that would be majority owned by external investors. The two proposed transactions will be inter-conditional and pursued concurrently. Further details on Asset Co will be provided in a separate SGXNET announcement issued by Keppel.

Both companies will provide further updates in due course and would like to emphasise that discussions are at a preliminary stage and there is no certainty that the potential combination will take place. Furthermore, any definitive agreements that the companies may agree upon may also be conditional in nature and are likely to be subject to the approval of both Keppel’s and Sembcorp Marine’s shareholders. This statement should be read in conjunction with the SGXNET announcements released by the companies today.