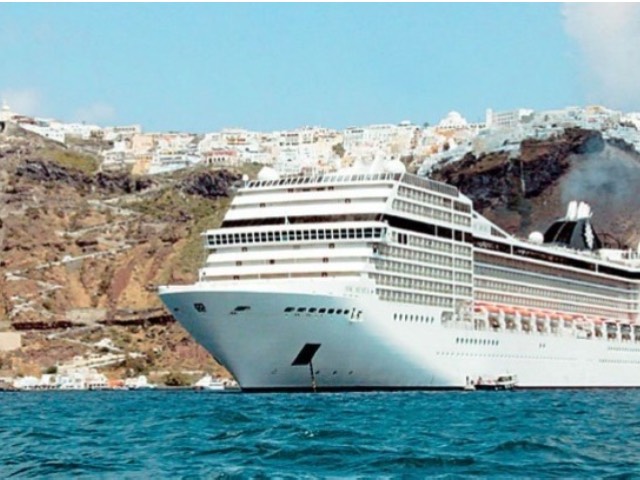 “Greece welcomes the safe reopening of the cruise sector,” Minister of Shipping and Island Policy Yiannis Plakiotakis said on Tuesday at the opening the proceedings of the 6th Posidonia Sea Tourism Forum (PSTF), which is attended by the leaders of some of the largest cruise companies in the world.

The minister said that the priority given to the vaccinations of the inhabitants of the islands, the experience of the people of the cruise sector and the Greek government’s planning for the resumption of cruises, permits optimism for this year and everything shows that this year will be much better compared to the previous one.

Plakiotakis stressed that special plans have been used for the protection of both the passengers and crews of ships but also of the local island population, so that the risk from the pandemic is reduced to a minimum, while he said that the health ministry is moving very fast to create a protective shield throughout Greece.

He referred to the government programme allowing the vaccination of all island residents over 18 years old, adding that this process will have been completed by the end of June for 19 islands, as well as on 36 additional islands with few inhabitants.

“Greece was, is and will remain a destination that gives unique experiences and traditional hospitality and our goal is for these experiences to be not only unique but also safe for everyone,” Plakiotakis underlined.

At Tuesday’s Forum, industry leaders will present their companies’ initiatives for the operation of cruises in the post-pandemic era, as well as their vision for the restart, the health and safety measures and protocols that their companies will implement in during this transition period. They will also discuss the reasons why the Eastern Mediterranean is emerging as a cruise hotspot this year, with the region hosting the most cruise routes in Europe in 2021.