Cyprus Shipping News
Home Interviews The Covid crew crisis – Is there a light at the end... 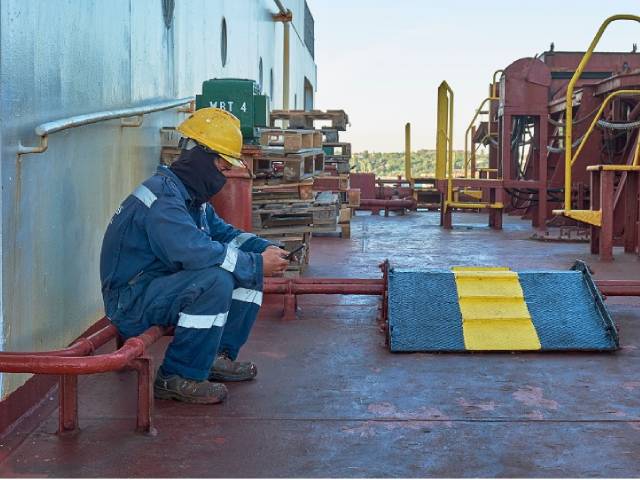 Alice Amundsen heads up Gard’s global People claims area. This group is responsible for handling the thousands of crew claims received each year from Gard’s membership. We caught up with her to share some of her insights which provide a snapshot of Gard’s experience to date with the Covid crew crisis and the challenges moving forward with crew vaccination.

Alice, as we have learned, Covid illness comes in waves and statistics quickly fall out of date. That said, could you describe the trends you see based on the insights and experience gained from Covid incidents reported to Gard?

Unfortunately, Covid-19 has had a profound impact on people claims, accounting for almost half of the crew illness claims reported to Gard in 2020. To date, we have not seen any significant overall increase in the total number of crew deaths, though notably 10% were caused by Covid-19. Sadly, crew deaths may be on the rise, as during the last few weeks there has been a spate of crew deaths reported, both from Covid and suicide.

The toll of the pandemic, including mental fatigue, is likely to be the single most important factor for the increase we see in cases concerning mental illness, injuries due to mental illness and suicides. This is a tragic and worrying trend we would like to understand better.

Are you seeing any recent changes that may be due to variants and what are your thoughts about the near future?

We are concerned that we may not yet have seen the peak of the Covid-crisis. During the last month, a record number of Covid incidents have been reported to Gard, almost 100 outbreaks with many more individuals infected by the virus.

For the first time, we see outbreaks on board infecting most of the crew, with the majority suffering symptoms, which can result in serious operational issues. Earlier on in the pandemic, ships typically had one seafarer testing positive for Covid-19, who was isolated on board, unless they needed medical treatment.

Now we see entire ships placed in isolation because most of the crew are infected. This is most likely caused by mutations of the coronavirus. Rajesh Unni, CEO of Synergy, one of the world’s largest ship management companies, spoke out about these more transmissible virus types, describing them as a recipe for disaster for shipping, immobilizing many more ships for up to two weeks at a time, without taking into account the impact on mental health.

We see tragic pictures in the media of the devastating second wave of the coronavirus in India. This is a real humanitarian issue, which spills over into the shipping industry and it’s not just seafarers who are impacted but it’s their families too. Crew change protocols helped to open up for crew changes last year, but that may be closing down again due to the situation in India.

The human suffering in India is indeed heartbreaking. When you say that crew changes may be affected, can you elaborate?

India is the fourth-largest provider of seafarers after China, the Philippines and Russia. It is estimated that there are around 80,000 Indian seafarers. About 30% of them remain home in India as new restrictions on crew changes have come into effect again in Singapore, Japan, Australia, United Arab Emirates and most European countries. As shipowners and managers are forced again to extend contracts of crew already aboard, some predict the crew crisis could become even worse than last year. It is estimated there are still 200,000 seafarers on vessels with expired contracts. This is due to the logistical struggle to repatriate crew and sign on replacements amid ever-changing quarantine protocols and difficulties accessing commercial flights.

If the virus surges in India, Pakistan, Turkey and other countries, we may need stricter measures again for some time. The WHO has already cautioned Europe that India’s coronavirus spiral could happen in the EU as more countries report cases of the Indian COVID variant, which is not helped by the shortage and slow roll out of vaccines. This Indian variant has now been classified as a variant of global concern, with some preliminary studies showing that it spreads more easily.

Clearly vaccination is the best way to keep seafarers safe. Some nations are far ahead of others in vaccinating their citizens. How does this play out for seafarers?

The Economist Intelligence Unit forecasted that more than 85 low-income nations will not have widespread access to vaccines before 2023 and they will not achieve mass immunization before 2024. ICS figures show that 900,000 of the world’s seafarers, significantly more than half of the crew industry, are from developing nations.

Vaccination in the Philippines did not start until 1 March and its target is to cover up to 70 million individuals. Only 1.8 million doses had been given in the first two months, that’s 1.4% of the population. According to government figures in the Philippines, a total of 549,000 active seafarers are deployed overseas and while seafarers have been elevated in priority for vaccination, it will still take months to reach them.

Governments in many countries are committed to getting seafarers vaccinated, though less than one-third of the United Nations member states are following the directive to designate seafarers as key workers, to enable them to travel to and from vessels and to be vaccinated.

It really is frustrating that more governments are not on board. Seafarers have kept world trade moving during the pandemic and not forgetting that some of those working on cargo ships play a vital part, not only in the vaccine roll out by delivering vaccines but also in transporting critical medical supplies and PPE around the world.

How do we solve the vaccination challenge?  What are some of the industry initiatives to get jabs in seafarers’ arms?

However, this will take time, even countries furthest down the road with their vaccination programmes, like the UK, will probably not have jabs available for seafarers until the last quarter of 2021.

Public-private partnerships with governments are already on offer, such as in the Philippines. There the plan is for manufacturers to provide vaccinations directly to shipowners to allocate and administer to key workers, though the very earliest this may become available is July.

If and when shipowners can arrange to vaccinate their crews, it will be important to ensure that the vaccines have been approved for emergency use, either by the WHO or by a relevant international or national regulatory authority.

Furthermore, any private market can carry increased risks of a particular vaccine batch having been illegally acquired, or being fake or unsafe. The exercise of due diligence by shipowners in vaccine sourcing will be critical. They need to ensure the vaccines are acquired from a reputable company and have undergone safety checks. Europol recently published a warning on organized crime groups involved in the production and distribution of counterfeit Covid-19 vaccines and test kits.

Is there a light at the end of this tunnel?

The pandemic has certainly shone a spotlight on the shipping industry and the people working within it both at sea and on shore. I feel the industry has united as it has never done before. Together, we have pushed for key worker status for seafarers, to enable crew to move freely; to promote prioritized vaccination; and to provide a safe working environment. Unprecedented partnerships have been forged between industry bodies like the ICS, representing shipowners, with the ITF, representing seafarers. They have jointly lobbied and campaigned for the good of the industry. So, I do see a light at the end of the tunnel, but it will take some time to get there. 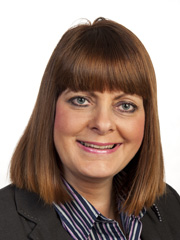 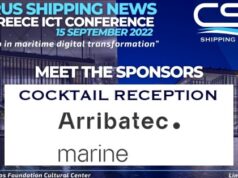 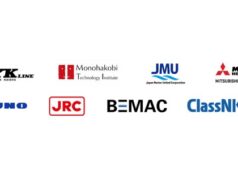 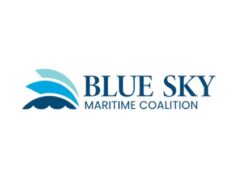