According to the industry publication Ship & Bunker, the Sajir will arrive in the port of Rotterdam this quarter. The Hapag-Lloyd-owned 15,000 TEU container ship is currently being upgraded to run on LNG (liquefied natural gas) instead of fuel oil. It is the first retrofit of this scale.

When the vessel was commissioned in 2015, the then owner, UASC, presented Sajir as ‘LNG-ready’. Nevertheless, Hapag Lloyd estimates the cost of this retrofit to be around €35 million, according to Ship & Bunker. Hapag Lloyd – which merged with UASC in 2017 – operates another 16 LNG-ready container ships. Sajir’s performance will need to prove whether it qualifies for the retrofit.

According to Ship & Bunker, Sajir will bunker LNG in both Rotterdam and Singapore, where it will be a customer of FueLNG Bellina, a joint venture between Keppel Offshore & Marine and Shell Eastern Petroleum. This is Singapore’s first LNG bunkering vessel for these types of ships.

In addition to the retrofit, Hapag-Lloyd has also ordered six LNG-powered 23,500+ TEU ships from the Korean shipyard Daewoo Shipbuilding and Marine Engineering. The vessels will be delivered between April and December 2023, and they will also bunker LNG in Rotterdam.

Hapag-Lloyd is the second major container carrier to use LNG as a marine fuel. In June 2020, the CMA CGM Jacques de Saade arrived in Rotterdam. This 23,000 TEU container ship is also LNG powered and the first in a series of nine in this class. MOL collaborated with Total on the development of Gas Agility specifically to promote this energy transition in the shipping industry. This LNG-bunkering vessel will bunker French container ships in Rotterdam.

The Port of Rotterdam Authority is pleased with this development. It is following the retrofitting of Sajir with keen interest. For rapid transition away from fuel oil to power shipping, it is crucial that existing ships are adapted to run on LNG. The Port Authority wholeheartedly supports this transition. LNG is currently the cleanest fuel available for these types of vessels. As well as being both scalable and affordable, it produces lower CO2 emissions. Moreover, the arrival of new LNG-powered ships supports the Port Authority’s ambition of becoming a key hub for the import, export, storage and bunkering of LNG. 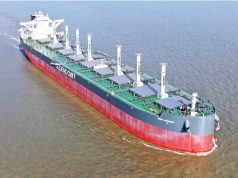 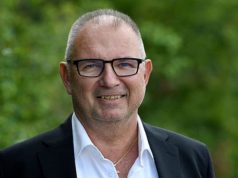 Danish Unions call for seafarer quarantine exemptions to be maintained