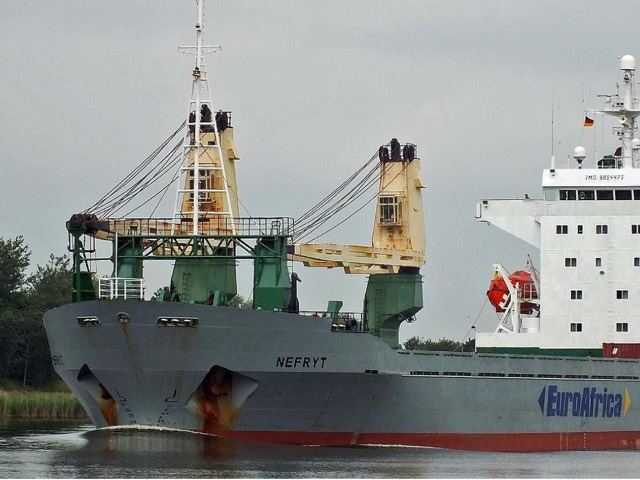 Amid a concerning rise in cases of shipowners abandoning their vessels and crew, unions have helped recover more than USD$1.7 million in wages owed to seafarers.

Since June this year, the International Transport Workers’ Federation (ITF) and its national union affiliates have assisted more than 135 seafarers across 12 ships in the Arab World to return to their families across the globe.

Mohamed Arrachedi is the ITF’s Arab World and Iran Network coordinator. While he thinks recovering the impressive haul for the workers shows the ITF’s effectiveness on behalf of seafarers, he is concerned that wages went unpaid in the first place.

“Cases of abandonment and unpaid wages are definitely on the rise across the world, and in this region in particular. We’re also seeing more employers withholding the wages they owe to seafarers – and seafarers are paying the price,” Arrachedi said.

“A major factor is crew change. Governments’ Covid-19 border restrictions and the cost of international flights mean that ever more employers are cutting their losses and abandoning their obligations towards seafarers – often folding their business with seafarers still on board and thousands of dollars out of pocket.”

Arrachedi says that, in typically cases of abandonment, employers will stop paying wages for a number of weeks, then months.

“They will promise the crew the outstanding wages, as well as speedy repatriation if the crew’s contracts are over. They keep promising. And then one day, a shipowner or their agent will stop responding to crew’s messages.”

“Employers can often vanish without a trace. Gone.”

But not all instances of unpaid wages result in abandonment, which can make it hard for seafarers to know when their employer is being honest about why wages are not being paid.

Seafarers scared to ‘rock the boat’

Many seafarers are often concerned about the consequences of arguing with their employer over matters like pay – even if they suspect or know that they are being cheated.

There are two reasons why seafarers feel intimidated.

Firstly, ‘blacklisting’, or the banning of seafarers by shipowners and their recruiting agents from future employment opportunities, is still thought to be widespread in the industry.

“Seafarers are worried that if they speak up, they won’t get another contract,” says Arrachedi.

The second reason for the hesitancy to speak out is that shipowners are seafarers’ tickets home. Under the Maritime Labour Convention, an employer pays for the cost of getting seafarers to and from ships. Seafarers worry that an angred shipowner could defer or deny them repatriation as punishment for raising concern over unpaid wages.

To make matters worse, right now there are up to 400,000 seafarers trapped working aboard cargo vessels and unable to go home. Often, their slim chances of overcoming government Covid border restrictions relies on the determination of their employers to navigate obstructive bureaucracy and put seafarers on record-high priced flights.

For many seafarers tired after 12, 14 or 18 months at sea and desperate to get home, making an enemy of their employer is risk they are not willing to take.

“In most of these cases, we had to fight hard to ensure seafarers’ rights were respected, and it always requires that they first stand up for themselves and speak up. So many of these seafarers were intimidated and threatened for even contacting the ITF,” says Arrachedi.

The 17-member crew of the Moldovan-flagged cargo carrier MV Mako dared to speak up after they went a full nine months without getting paid.

After being paid three months of wages from when he joined the ship in Algeria, Egyptian seafarer Hasan* stopped recieiving payments from his employer. Hasan said that, on reflection, warning signs were present when he was made to buy his own plane tickets to take up the job. He even had to supply his own safety boots and clothing to work in.

By the time the Mako was docked in the Port of Aden, Yemen, in August 2020, he had been on board for twelve months, nine of them unpaid.

Hasan demanded to leave the ship, be paid his outstanding wages, and be repatriated home. He contacted the ITF for assistance.

Under ITF pressure, the company agreed to arrange and pay for Hasan’s flight home. The ITF ensured he was paid his USD$5,292 in withheld wages, as well as a refund for the travel expenses he incurred joining the ship.

Hasan’s crewmates aboard the MV Marko also experienced unpaid wages while working on the vessel. In fact, all of the other crew members had not been paid for at least some portion of their employment on board. After Hasan had been repatriated, some of his crewmates came forward to the ITF in the port Adabiyya, Egypt, determined to do something about their plight. With ITF help they were repatriated with USD$38,792 of their wages in hand.

During the process of assisting seafarers experiencing unpaid wages, the ITF will often reach out to the Flag State where the ship is registered, requesting they encourage or compell a ship owner to do the right thing and pay outstanding entitlements to affected employees. However, the predominantly Syrian crew of the MV Mako did not receive support from Moldova during their pay battles.

More than 400 ships are currently registered to landlocked Moldova, a country which is still yet to ratify the Maritime Labour Convention. However, the convention is still applicable when Moldovan-flagged ships are in the ports of the 90 countries which have ratified the convention. Port State Control agencies are tasked with enforing compliance with the MLC, and can detain ships.

“That’s why it is so important that crew speak up. In many cases, we can help them if they report unpaid wages and contract violations,” Arrachedi says.

*Hasan not his real name.

As part of the recovered wages haul, Arrachedi and the ITF’s Arab World and Iran Network also helped 18 seafarers get back over four months’ of unpaid wages in Beirut.

The seafarers were crewing the Sierra Leone-flagged livestock carrier MV Hannoud when the shipowner abandoned their responsibilities, leaving the crew even without food and water.

Arrachedi said that in a serious situation like this, a ‘Flag State’ would typically step up and make sure seafarers on vessels sailing under their flag are provided with provisions, their unpaid entitlements, and a way home. However, Arrachedi says, the Sierra Leone Maritime Administration failed to respond as the plight of the MV Hannoud grew more dire.

The MV Hannoud was arrested by Lebanese authorities and docked in Beirut as interested commercial parties battled over the future of the ship in court. The ITF assisted the seafarers with provisions.

By the end of June, the legal battles were over and ship left Beirut. The ITF helped all 18 seafarers recover four months of owed wages, with USD$141,790 paid out between them.

The ITF also helped the crew of one Panamanian-flagged vessel recover almost USD100,000 in unpaid wages owed to the MV Algrace’s Syrian crew. Firstly, USD29,446 was returned to seafarers as the ship docked in Jebel Ali in theUnited Arab Emirates. When another seven seafarers came forward, another haul of USD$62,773 was clawed back with ITF help.

Most of the crew disembarked on 7 September and were repatriated via Sudan two days later.

Arrachedi explains that a large share of the recovered wages is thanks to combined efforts of the ITF’s Arab World and Iran Network. Officially formed in 2018, the network is powered by volunteers from unions across the region who are concerned about the welfare of seafarers.

“I must say a big thanks and big merit must go to the continuous efforts of our ITF contacts in the Arab world – Brother Mazern in Yemen,  Brothers Hamdan and Abdelhafiz in Sudan as well as Brothers Nasser and Haytham in Lebanon. I could not have achieved these outcomes alone.”

“We are confident that with the growing awareness amongst the seafarers in the region of the signs of abandonment, that more seafarers will make a stand, denounce injustice and claim their rights. We can bring the impunity of some some bad shipowners to an end. The first step is for seafarer to contact the ITF.”

Baltic Dry Index as of June 21