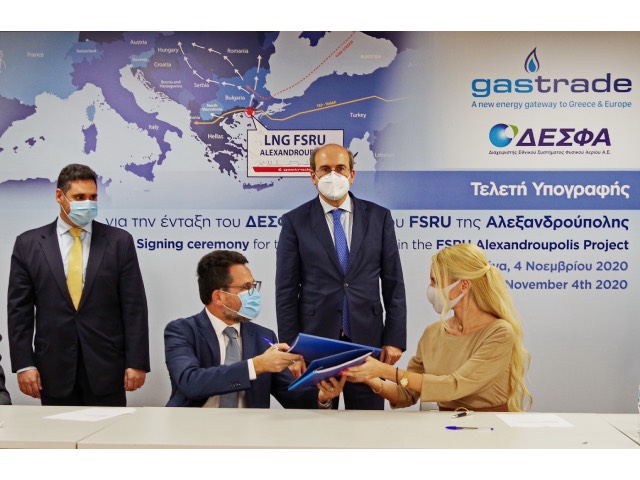 The Greek company Gastrade SA announces the signing of the agreement for the acquisition of 20% of its share capital by DESFA S.A., owner and operator of the National Natural Gas Transmission System of Greece.

The agreement was signed today in Athens by the Founding Shareholder & Chairman of the Board of Directors of Gastrade, Mrs. Elmina Kopelouzou and the CEO of DESFA, Mr. Nicola Battilana in the presence of the Minister of Environment and Energy of Greece Mr. K. Hatzidakis. 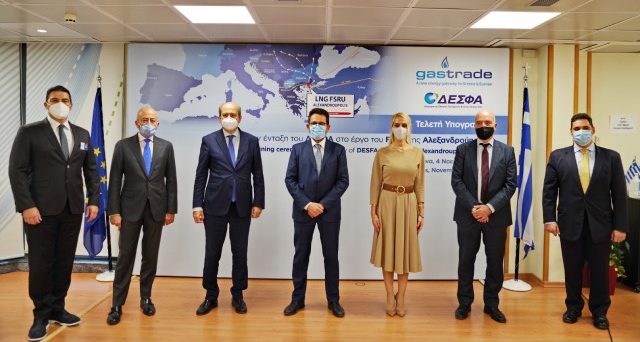 Gastrade is developing the LNG floating storage and regasification unit (FSRU) offshore Alexandroupolis in Greece, which will be a new, independent energy gateway for the markets of Southeastern and Central Europe.

The FSRU will be located 17.6 km southwest of the port of Alexandroupolis and will have an LNG storage capacity of 170,000 cubic meters and a natural gas supply capacity that will exceed 5.5 billion cubic meters per year. The floating unit will be connected to the National Natural Gas System of Greece via a 28 km long pipeline, through which the regasified LNG will be transmitted to the markets of Greece, Bulgaria and the wider region, from Romania, Serbia and North Macedonia to Hungary, Moldova and Ukraine.

This is a European Project of Common Interest (PCI – EU Regulation 347/2013), a priority project of the European Union, which strengthens security of supply, diversifies sources and routes of energy supply, enhances competition and supports the establishment of a Natural Gas trading hub in the wider region of Southeastern Europe, bearing obvious benefits for all final consumers. 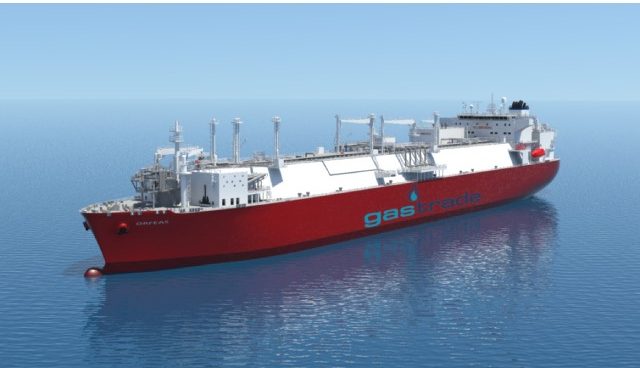 Together with Revithoussa, they provide the only natural gas supply infrastructures in the region which are independent of gas transmission through Turkish soil.

DESFA’s presence in the project will provide Gastrade with additional expertise in operating the new Terminal and will have a key role in the penetration of LNG in the region as well as the enhancement of energy liquidity and the optimization of gas supply in Greece and the SE European region, offering to these markets increased energy diversification and flexibility.

“We are happy to have DESFA as a partner in the project. Today’s signing of the agreement is to the mutual benefit of both our companies and most importantly to the benefit of the consumers in SE Europe. We are looking forward to taking advantage of DESFA’s great experience in managing and operating gas infrastructure and to maximise the synergies between our Terminal and Revithoussa. We are sure that we will have a very constructive cooperation in strengthening the energy independence of our region”.

“We are proud that in this particular socio-economic situation, DESFA is “present” and invests in important projects for Greece and the region. The FSRU Alexandroupolis is another important vehicle on the road of energy transition, of which DESFA is an enabler, while it will bring the country to the centre of energy developments. We are committed with our know-how to contribute to the successful operation of the project.”

The LNG Terminal in Alexandroupolis is expected to be operational in early 2023.

The agreement is subject to the approval of the competent Greek and/or European authorities.

For additional information about the LNG Terminal in Alexandropolis you can visit: http://www.gastrade.gr/en

For additional information concerning DESFA you can visit the following website: www.desfa.gr 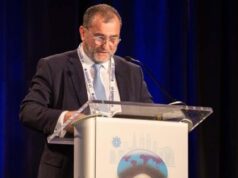 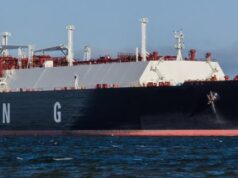