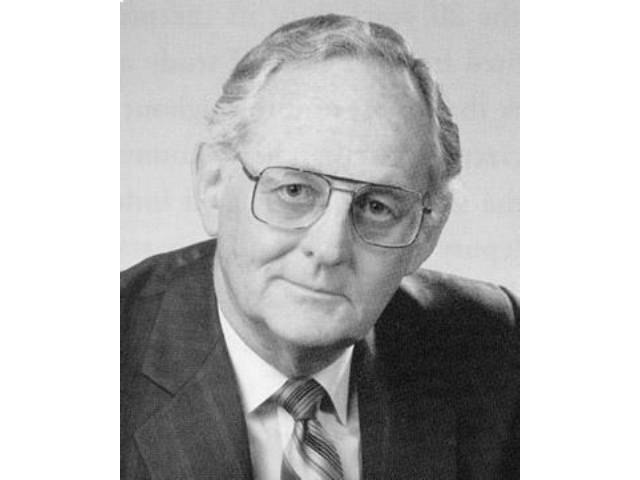 Mr. William A. O’Neil, Secretary-General Emeritus of the International Maritime Organization (IMO), has died in the United Kingdom, aged 93.

IMO Secretary-General Kitack Lim expressed his sincere condolences to the Canadian Government, Mr. O’Neil’s remaining family, and the condolences of the entire IMO membership and staff.

“It is with great sadness that we have learned of the passing of Mr. O’Neil, who was a great friend and mentor who made a huge personal contribution to securing globally applicable safety, security and environmental standards,” Mr. Lim said. Mr. O’Neil was Secretary-General of IMO from 1990 to 2003.

“Mr. O’Neil was a truly great Secretary-General whose actions and initiatives had a great and lasting impact on the work of the Organization. I, personally, always valued his guidance and advice, as well as his friendship and leadership. Mr. O’Neil left a lasting legacy on the Organization. He was committed to the universality of IMO and oversaw a significant increase in membership. He encouraged wide and effective participation in the Organization from all stakeholders in the maritime sector,” Mr. Lim said.

“Above all, Mr. O’Neil was dedicated to enabling developing States to adopt and implement IMO instruments, through his active pursuance of new sources of extrabudgetary funding. And he worked tirelessly to strengthen the relevance and capacity of IMO’s educational institutes, the World Maritime University and the IMO International Maritime Law Institute.”

During Mr. O’Neil’s tenure, the Organization adopted a number of new treaties and responded to global issues such as maritime security and piracy.

Mr. O’Neil personally acted to request the IMO membership address key safety issues, including the safety of bulk carriers and of large passenger ships. He established a team of experts to look into ro-ro safety, following the tragic sinking of the Estonia ro-ro ferry. All of these led to significant improvements in maritime safety standards.

Protecting the environment was also paramount for Mr. O’Neil. He oversaw the adoption in 1997, of the Protocol to the MARPOL Convention, to include a new Annex VI on Prevention of Air Pollution from Ship – now expanded to include energy efficiency requirements – and revisions of the MARPOL Convention to accelerate the phase out of single hull tankers. His passion for protecting marine biodiversity laid the foundation for the development of measures to prevent the spread of potentially harmful aquatic species in ships’ ballast water – which would later, in 2004, be adopted as a new IMO treaty on ballast water management.

The introduction of the mandatory International Safety Management (ISM) Code and the key 1997 revisions to the International Convention on Standards of Training, Certification and Watchkeeping for Seafarers (STCW), 1978, were amongst other landmark achievements made by IMO under Mr. O’Neil’s stewardship.

After the attacks of September 11, 2001, Mr. O’Neil’s leadership led to the development of an entirely new regime for the security in the maritime field, the International Ship and Port Facility Security Code, which was adopted in less than one year, demonstrating the Organization’s ability to nimbly respond to emerging threats.

The landmark public memorial to seafarers at IMO Headquarters in London, stands as a monument to Mr. O’Neil’s appreciation and acknowledgement of the human element in shipping and specifically the role of the people at the heart of shipping, the seafarers. The Seafarers Memorial Fund was established by Mr. O’Neil to fund the sculpture.

Mr. O’Neil graduated in civil engineering from the University of Toronto in his native Canada in 1949 and served in various positions with the Federal Department of Transport. He was particularly closely associated with the St. Lawrence Seaway Authority.

Mr. O’Neil was Commissioner of the Canadian Coast Guard from 1975 to 1980 and then became President and Chief Executive Officer of the St. Lawrence Authority, a position he held until joining the IMO. However, his links with IMO go back to 1972, when he represented Canada at the IMO Council. He became Chair of the IMO Council in 1980 and was re-elected four times.

In 1991, Mr. O’Neil became Chancellor of World Maritime University, Malmö, Sweden and Chair of the Governing Board of the International Maritime Law Institute in Malta.

In 1992, Mr. O’Neil was elected Fellow of the Royal Society of Arts. In 1994 he was elected Member of the Royal Academy of Engineering and fellow of the Institute of Logistics and transport (formerly the Chartered Institute of Transport), United Kingdom and awarded The Admirals’ medal, Canada. In 1995 he was awarded the NUMAST Award (National Union of Marine Aviation and Shipping Transport Officers), United Kingdom; the SEATRADE Personality of the Year Award; the Professional Engineers Ontario Gols Medal and was made Commandeur, Ordre National des Cèdres, Lebanon and Member of the Order of Canada.

In 1996, Mr. O’Neil was made a member of the Engineering Alumni Hall of Distinction at the University of Toronto and in 1997 he was awarded the Silver Bell Award of the Seamen’s Church Institute, new YorkNew York. In 1998 he was awarded the CMA Commodore Award (Connecticut Maritime Association), United States, the Orden “Vasco Nuñez de Balboa” en el Grado de Gran Cruz, Panama and the ”Dioscuri” Prize, Lega Navale Iitaliana, Agrigento, Italy. In 1999 he was awarded the Vice Admiral “jerry” Land Medal of the Society of Naval Architects and Marine engineers, United States and in 2000 the Halert C. Shepheard Award, United States.

Amongst other honours, in 2001 he was awarded the Medal for Distinguished services to the Directorate General for Maritime Affairs, Colombia and in 2002 the CITIS (Communication & IT in Shipping) Lifetime Achievement Award, United Kingdom, the Golden Jubilee Medal, Canada and the “15 November 1817 Medal, Uruguay and was made a Freeman of the Worshipful Company of Shipwrights (Honoris Causa), United Kingdom. In 2003, he was awarded the Order of Merit of the Merchant Marine, Venezuela.

Mr. O’Neil was awarded the IMO International Maritime Prize for 2003.

Mr. O’Neil died on 29 October 2020. He leaves behind his wife, Mrs. Olga O’Neil, children and grandchildren.