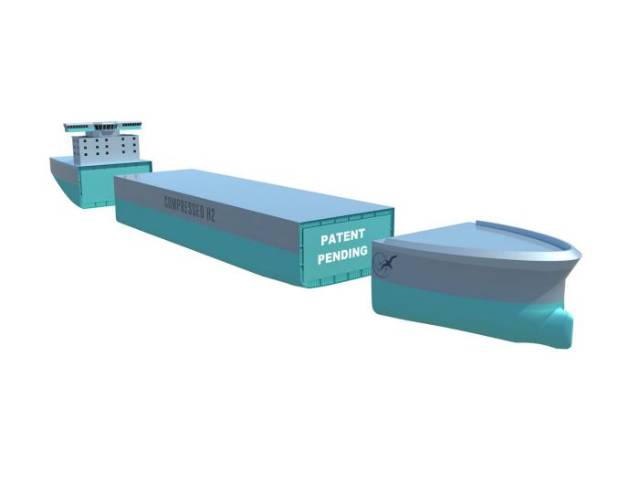 HIGHLIGHTS:
• GEV is positioning as an early mover in the future of energy, leveraging its technical expertise in the engineering of marine pressure vessels to develop a compressed hydrogen ship for export and transport to customers demanding access to zero carbon energy.
• GEV’s H2 Ship will have a storage capacity of up to 2,000 tonnes (23 million m3) of compressed hydrogen. Smaller capacity ships will be evaluated by GEV for demonstration purposes based on specific pilot export projects.
• The Company anticipates that detailed engineering will be lodged as part of the American Bureau of Shipping (ABS) Approval in Principle process in early 2021.
• Hydrogen is a clean burning fuel that can be produced in several ways, including using renewable energy produced from solar, wind and hydro. Such hydrogen then needs to be transported to industries, providing them with green energy with zero carbon emissions.
• Governments and major oil and gas companies are aligned to accelerate ‘net-zero carbon’ targets, with significant stimulus funding and capital expenditure being directed to hydrogen as the pillar for decarbonising the world’s heavy emitting industries.
• Australia leads the world with a National Hydrogen Strategy that includes the establishment of ‘Hydrogen Hubs’ for production and export to the country’s major energy trading partners across the Asia Pacific region.
• GEV will focus on Australian export projects, with several projects advancing through pilot phases and now looking to export markets.
• Funding options from existing and newly announced Australian Government R&D programs are being assessed under the Federal Government commitment of A$1.9B to the development of renewable technologies.

Maurice Brand, Executive Chairman & CEO commented: “Today we are excited to announce the Company’s hydrogen strategy to develop a new class of ship for the marine transportation of hydrogen. GEV sees Australia as the global leader for establishing a national hydrogen strategy and industry with major funding programs in place.

Australia has also established future hydrogen export agreements with regional customers in Japan, Korea, Singapore, and most recently Germany. Our company was established on entrepreneurial principles and to be the leader in new forms of marine transport of energy. To be focussed on a new class of vessel to transport hydrogen is now timely given the global push by governments and major corporates to focus on ‘net-zero carbon’ policies, with hydrogen as a pillar for decarbonising heavy carbon emission industries.

The launch of a new compressed H2 Ship does not detract from our focus on the commercialisation of the CNG Optimum as we progress multiple opportunities in the America’s and globally.”

Martin Carolan, Executive Director Corporate & Finance commented: “Over the course of 2020, the Company has been closely monitoring the growing support for hydrogen as a clean energy source. In our view, the application of GEV’s compressed hydrogen vessel will be very competitive against other marine transport options, particularly to
Australia’s regional Asia Pacific customers.