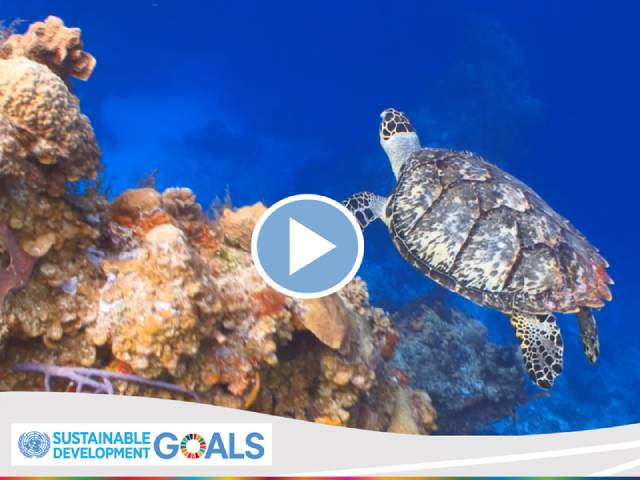 ​IMO plays a critical role in global efforts to protect biodiversity in and around the world’s oceans. A video launched during the United Nations Summit on Biodiversity (30 September) highlights the significant contribution of the Organisation to protecting marine biodiversity and ecosystems. (view the video here).

An essential aspect of this work relates to tackling invasive species, which are recognised as one of the greatest threats to biodiversity. IMO conventions and guidelines on the management of ships’ ballast water, biofouling and anti-fouling systems help prevent the transfer of aquatic organisms to new environments via shipping. This reduces the risk of invasion from non-indigenous species that can harm local ecosystems.

IMO treaties also play a fundamental role in limiting the dumping of waste at sea, which helps minimise marine pollution and limit impacts on biodiversity. The London Convention and London Protocol ban disposal of wastes at sea except in very specific cases. They also prohibit the dumping of radioactive and industrial waste.

The IMO regulatory framework grants additional protection to areas known as Particularly Sensitive Sea Areas (PSSAs), with special measures to preserve their vulnerable ecosystems, such as ship routeing. To this day, 15 areas have been designated as PSSAs, including the Great Barrier Reef and the Galapagos Islands.

IMO works in partnership with other UN entities and international organizations, actively contributing to various inter-agency processes and networks, promoting an “all hands on deck” approach to protect biodiversity and support sustainable development.