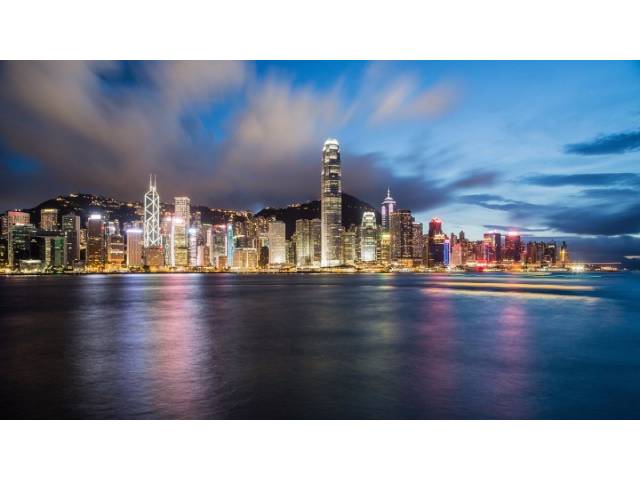 Fractured relations between the US and Hong Kong have rattled some shipping cages, but in terms of trade disruptions the US’ ‘Hong Kong Normalization’ plan looks to have more bark than bite.

President Donald Trump’s Executive Order on Hong Kong Normalization published on July 14 first led to the recategorization of ‘Made in Hong Kong’ goods to ‘Made in China’ goods. Iris Pang, ING’s chief economist, Greater China, explains she was surprised by the US’ banning of goods exports from Hong Kong labelled as ‘Made in Hong Kong’. “There are so few goods that are actually produced in Hong Kong and the economy is really all about services,” she said. In 2020, exports of goods from Hong Kong, excluding re-exports, accounted for just 1.1% of Hong Kong’s total exports, according to ING.

“We don’t see the US policy hurting overall trade in Hong Kong,” said Pang. “There could be an increase in shipping costs, which is the aim of another US policy, but as a free transhipment port, this increase in shipping fee, which should be shared among the shipping companies, exporters and importers in the US, should not have a major impact on Hong Kong’s existing role as a major port in Asia.”

As a further step in the Normalization plan, on August 19, the US Department of State notified the Hong Kong authorities of its suspension or termination of three bilateral agreements, one of which was the reciprocal tax exemptions on income derived from the international operation of ships.

According to Watson Farley & Williams (WFW), termination of the Shipping Tax Treaty will affect Hong Kong and US taxpayers engaged in shipping as entities organised in Hong Kong and individual Hong Kong residents will no longer be eligible to claim a Section 883 exemption, and may be subject to the 2% US gross freight tax on voyages to or from the US or to US net income tax at ordinary rates. Section 883 of the US Internal Revenue Code provides a broad exemption from US taxation of income earned by a non-US person from the international operation of a ship.

The Shipping Tax Treaty generally exempts from taxation time, voyage and bareboat charter income, incidental income from container leasing, pool income, and income from the sale of a ship. As a result, a corporation organised in Hong Kong that was eligible for the benefits of Section 883 generally was exempt from US income taxation on most shipping income attributable to the US.

Daniel Pilarski, a partner in the tax and regulatory group at the New York office of WFW, explains that tax residents of Hong Kong will generally be counted as “bad owners” for purposes of the qualified ownership test, so an entity organised outside of Hong Kong with substantial Hong Kong ownership may find it more difficult to satisfy the Section 883 exemption.

Ship management companies organised in Hong Kong that earn only services income from the management of ships and have no US presence are generally unaffected by the termination of the Shipping Tax Treaty, since they do not generally earn income that is subject to US taxation – even if the ships they manage travel to the US.

Daniel Pilarski, a partner in the tax and regulatory group at the New York office of WFW, explains that tax residents of Hong Kong will generally be counted as “bad owners” for purposes of the qualified ownership test, so an entity organised outside of Hong Kong with substantial Hong Kong ownership may find it more difficult to satisfy the Section 883 exemption.

Ship management companies organised in Hong Kong that earn only services income from the management of ships and have no US presence are generally unaffected by the termination of the Shipping Tax Treaty, since they do not generally earn income that is subject to US taxation – even if the ships they manage travel to the US.

Pilarski’s advice is that shipping companies based in Hong Kong or with a significant Hong Kong ownership or nexus “consider the effects of the termination on their tax structure, and may wish to consider restructuring their operations”.

Barbara C Matthews, a non-resident senior fellow at the Atlantic Council, points out that the revocation of the tax policy and its impact on trade needs to be evaluated within a broader context. “The underlying policy disagreement regarding Hong Kong technically has nothing to do with tax and trade,” she says. “The core of the dispute centres on what it means to be sovereign. It centres on self-determination and the values of democratic government including, but not limited to, free speech, freedom of assembly, and representative government in which citizens determine the rules by which they will be governed.”

The Hong Kong Special Administrative Region (HKSAR) Government has come out fighting in response to the US’ treatment of goods and taxation. In a statement it said it “strongly objects to and deplores” the US’ action, which it sees as a move to create troubles in the China-US relationship, using Hong Kong as a pawn. It points out that should the Shipping Tax Treaty between Hong Kong and the US be terminated, US companies would need to pay taxes to both the US and Hong Kong governments, whereas Hong Kong companies will be required to pay tax to the US government only, as their shipping income is exempt from tax liability in Hong Kong.

“The termination of the Agreement increases the operating costs of the shipping companies concerned, in particular the US companies as they will be subject to double taxation. It would hamper the development of the shipping sector between Hong Kong and US, and is to nobody’s interest,” an HKSAR spokesman said.

HKSAR is also planning to take action at the World Trade Organization (WTO) against the US’ recategorisation measures which it says violate WTO rules and disregards Hong Kong’s status as a separate WTO member. It will take action under the WTO dispute settlement mechanism.

Without discounting that there may be more to come under the US’ ‘Hong Kong Normalization’ directive, the moves made so far will not be insurmountable for shipping.