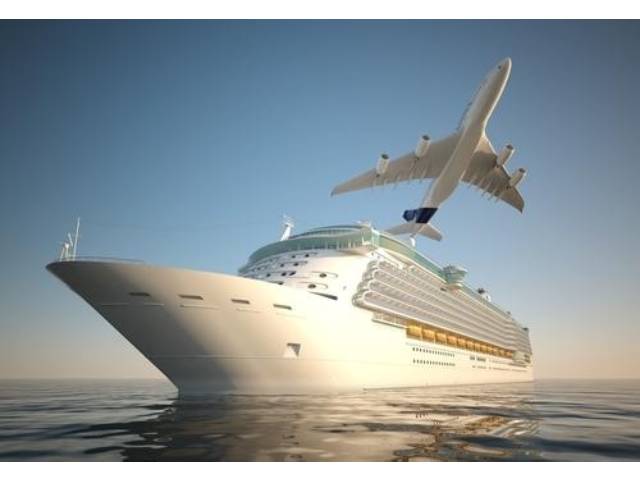 Greenhouse gas emissions from international aviation have more than doubled over the past two decades, while those from shipping have also increased. Check out our infographics.

Although international aviation and shipping each account for less than 3.5% of the EU’s total greenhouse gas emissions, they have been the fastest growing sources of emissions that contribute to climate change.

This is mainly due to record traffic growth driven by increasing passenger numbers and trade volume. These sectors also only recently became part of efforts to cut greenhouse emissions, both at EU and global level.

In a resolution adopted ahead of the COP25 climate summit, the European Parliament called for more ambition in cutting emissions from aviation and shipping, for instance by strengthening market-based measures aimed at reducing greenhouse gas emissions.

Find out more facts and figures about climate change.

Emissions from international aviation and shipping have increased by nearly 130% and 32% respectively over the past two decades. This was the fastest growth in the whole transport sector – the only sector in which emissions have risen since 1990.

Despite improvements in fuel consumption, emissions from planes in 2050 are expected to be 7 to 10 times higher than 1990 levels, while emissions from ships are projected to increase by 50% to 250%.

Air and sea traffic on the rise

Greenhouse gas emissions from aviation and shipping have been largely driven by traffic growth. The number of air passengers in the EU has tripled since 1993 and the volume of international maritime trade has also increased significantly over the last two decades.

Growing environmental concerns could prompt more people to pay attention to the carbon footprint of their mode of transport. So far just over one in ten say they do so, according to a Eurobarometer survey. Find out how much CO2 your flight emits.

What has been done to tackle emissions from aviation and shipping?

The EU has taken steps to reduce aviation emissions through its Emissions Trading System (ETS). The EU is also working with the International Civil Aviation Organization to implement a global market-based measure, known as Corsia, whereby airlines could offset their emissions by investing in green projects, for example by planting trees.

On 16 September, the European Parliament voted in favour of including maritime transport in the EU’s Emissions Trading System and of setting binding requirements for shipping companies to reduce their CO2 emissions by at least 40% by 2030.

According to MEPs, the original Commission proposal to revise EU rules on the monitoring of CO2 emissions and fuel consumption from large ships in order to bring it in line with global rules wasn’t ambitious enough given the urgent need to decarbonise all sectors of the economy.

So far, there have been no EU requirements for ships to reduce greenhouse gas emissions.