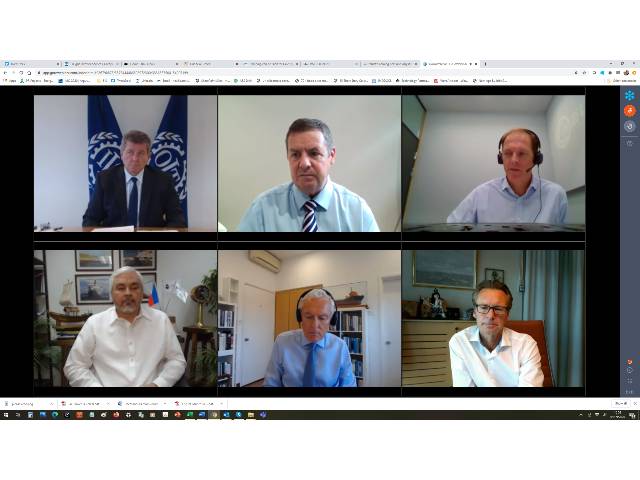 With hundreds of thousands of seafarers unable to leave their ships because of COVID restrictions, the industry has appealed for help and with a few exceptions been ignored. This is not for want of trying; the efforts of shipping’s trade and professional bodies have sounded warning after warning, with little by way of response.

What went wrong? Partly we can look to the undermining of international institutions just at the point when they are most needed, but the problem is far deeper than that.

As ILO Secretary General Guy Ryder told an ICS webinar this week, the international community has done a bad job of responding to the crisis, with no accumulation of national responses or effort to aggregate response such as there was after 2008.

“The fundamental problem is that there is not much appetite for global co-operation. For shipping it is deeply disturbing that there is a hidden humanitarian crisis affecting 300,000 seafarers and all the more distressing [because] uniquely we have the tools to solve it with the type of global social partnership between ICS, ITF and ILO,” he said.

The industry has used these tools but they haven’t produced the desired effects and it is incumbent on shipping to think about why not. “It’s not because we can’t reach people or make the problem known; when you’ve hit the Pope and the UN secretary general there’s not much left; there’s been no political reaction,” he added.

The grim conclusion is that governments don’t care as much as they should do about the people that support the global economy. At the recent G20 ministerial meeting on the pandemic, shipping was referenced only once, coming a long way in priority behind tourism.

Enter Hugo de Stoop, CEO of tanker giant Euronav who proceeded to spell out exactly why the industry had seen little or no response to its pleas for help. In fairness to his subsequent comments de Stoop did note the efforts at co-operation. He added though that only the biggest players had come forward; the shipping market’s high degree of fragmentation meant it needs to find a way to bring small players with them.

“The reason why we did not get faster action is due to the way we built the industry in past, we preferred to be in the shadows, to be forgotten; we preferred not to pay tax or be regulated, so we chose for most place, incorporation in tiny, discreet and tax-friendly locations.” The obvious result is that when things go wrong, governments have no sympathy and tiny Pacific or African states have no political muscle,” he said with honesty rarely seen among shipowners.

“The influence of even the biggest flag states is nothing, zilch; they can’t come to the to the UN and get a response because they don’t represent anything economically or politically; this will gradually need to be changed,” he added.

Not for the first time, he pointed out that the industry’s lack of positive public image was exacerbating the problem with the recent casualty in Mauritius simply reinforcing the perception that shipping operated above and beyond the law. That perception must be corrected, he said, and the industry needs to come forward talk about much more about itself than it has in the past.

“Seafarers need to be key workers and the existing visa system should be extended. We have seen seafarers disembarking from ship as threat when the opposite is true. [If they are not infected] they have been in de facto quarantine after 15 days. The testing we need is for seafarers embarking; the crew onboard ship are not a threat.”

Gerardo Borromeo is CEO of Philippine Transmarine Carriers and former chairman of Intermanager and as such was keen to point out that the Philippines at least had grasped the importance of enabling safe transfers and passage home for the nationals who still keep the majority of the industry moving.

As the virus struck, a global arrangement was thrown against local considerations and walls went up, he said. For the Philippines, whose seafarers earned some $33bn in 2019 the impact was huge – he estimated that figure could be 7 or 8% lower in 2020.

“These heroes are normally welcomed with open arms; the pandemic meant they were seen as transmission vectors, guilty before being tried and the systems weren’t in place to test so we had a domino effect,” he said.

He suggested that a complex multi-layered problem needs multi-lateral agreements because the industry can’t wait 99 years for another once in a century event. The key to better planning he said was to think of shipping as a system and break it down into individual parts, pre-identifying stress points in the system.

“The shipping industry has been able to continue to operate, it plays an essential role, albeit below the radar but we have to look at this from the standpoint of people, people ensure that movement occurs,” he added. “The subject of national or international identity cards creates an emotional debate but it would allow us to distinguish who can and should move freely. It takes a logistics solution to address the future,” he added.

He stressed too that the much more troubling impact is on the mental health of seafarers. “This was a growing concern pre-COVID, issues of fatigue are the nature of the job but he have to address front and centre regular communications access to help them. This cannot be in the background. Filipinos go to sea to assist their families economically but there are costs involved; managers and owners need to be cognisant of the pressures.”

Class societies normally refrain from getting into any sort of fray but Knut Orbeck-Nilsen of DNV GL expressed his disappointment at the lack of accountability from politicians and the preference for national regulations that over-rode the international interest.

“This is a threat to vitally important logistics chains and we are very concerned; seafarers faced with fatigue and uncertainty present severe safety issues. That blood will be on the hands of local politicians for not taking challenges seriously. The real concern is that [the crisis] carries on, and if so we will face much more serious problems.”