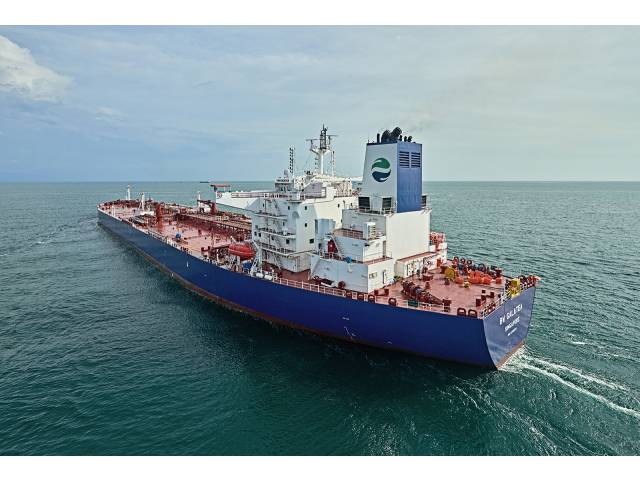 “This initiative is another example of our strategy to support and promote industry decarbonization while still transporting the resources necessary to sustain the world. We recognize the world is changing, and that the ways we operate and conduct business need to change with it. While there is much uncertainty as to exactly what the future will look like, we’re confident that the steps we’re taking have Hafnia, our stakeholders and the industry moving in the right direction,” said Hafnia CEO Mikael Skov.

NWIW will use our investment towards the development of a 3.6 million tonnes per annum methanol production and export facility at the Port of Kalama in southwest Washington, USA. The plant will convert regionally sourced natural gas to methanol, which will then be transported via ship – the equivalent of an MR cargo every four days – for use in dedicated materials pathway production in Asia. We will also provide
and operate purpose-built next-generation methanol dual-fueled ships to transport one-third of the methanol volume produced by the plant. These vessels will be tied to 19 year charters with a satisfactory guaranteed return during the period.

NWIW’s Kalama facility is focused on providing an economically viable alternative to coal-based methanol production for use in materials production in an environmentally sound way – redefining manufacturing standards for innovation and environmental sustainability for Washington State.

The methanol from the facility will displace more carbon-intensive methanol supply, such as coal-based methanol, resulting in GHG reductions globally. It will be used to produce materials, including olefins, the primary components in numerous products, including medical devices, such as masks, gowns, gloves, and eye protection, recreational equipment, clothing, cell phones, and furniture, among many other applications. In addition, NWIW will offset one hundred percent of its GHG emissions from both direct
and indirect sources within Washington State.

Beyond these and other environmental highlights, including using ultra-low-emissions and zero liquid discharge technologies, the facility will contribute substantial economic benefits to the local economy. The total project investment of well over $2 billion will result in over 1,000 new construction jobs and up to 200 permanent direct family-wage jobs, as well as providing $30 to $40 million in annual tax payments paid to state and local governments during operations. Amidst the current global health pandemic, the project will support meaningful and unprecedented economic growth in SW Washington, USA.