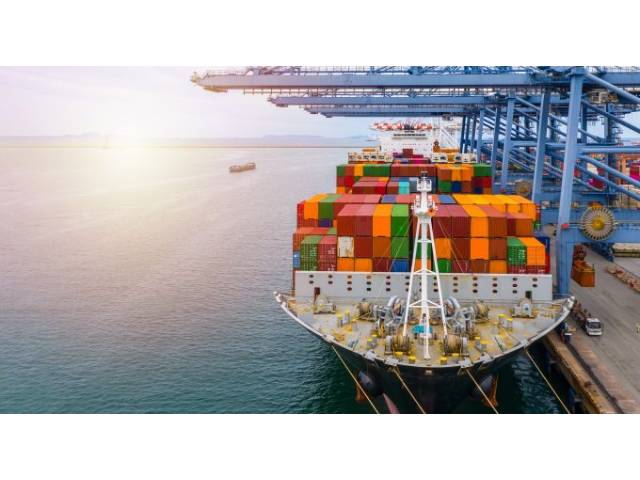 THE head of the Food and Drink Federation (FDF) is backing calls for seafarers to be recognised as key workers and has underlined concerns about distribution to food and drink supplies if the maritime industry remains under lockdown.

Ian Wright CBE, chief executive of the FDF, says food and drink has kept flowing into the UK from Europe thanks to government interventions allowing the movement of lorry drivers. But he notes that imports from further afield, that rely on transportation by sea, could soon be affected if governments around the world don’t take action to ease the burden on seafarers.

Among the items at risk he lists tea, coffee, sugar, bananas, spices, certain spirits, and wines from the New World.

“It seems illogical that lorry drivers have been acknowledged since the start of the crisis as key workers and entitled to travel across borders. Yet seafarers – playing the same role at sea – are not afforded the same status.

“We should all be clear that seafarers enable the movement of vital products around the globe – not just food and drink but medicines and other household items. In fact, 90% of goods are transported by sea. They are the unsung heroes of global trade.”

Graham Westgarth, Vice President of the UK Chamber of Shipping and CEO of ship management company V.Group, says his industry has tirelessly lobbied governments around the world to have seafarers recognised as key workers but is exasperated by the refusal of some to act.

“The UK government has done its best to lead on this issue.  Last month, the Department for Transport organised an international summit on crew changes and pledged to urgently resolve the situation but many countries failed to participate so the crisis continues.

“The media was happy to cover the plight of holiday makers and crew stuck onboard cruise ships but has paid scant attention to the 300,000 seafarers currently marooned at sea, unable to disembark, and their 300,000 counterparts who are stranded ashore, unable to start their contracts and who are, therefore, without income.

“Many of those onboard haven’t stepped off their vessel for well over a year. Just consider that for a moment. This isn’t just an economic crisis, it’s a humanitarian one and it has the potential to get much worse.

“There have already been reports of crews downing tools in exasperation. If others follow suit then the issues we are currently facing will seem small in comparison. It really is a desperate situation, a ticking timebomb.”

The warning is supported by the global body which represents 1.4 million seafarers working aboard cargo ships – the International Transport Workers’ Federation (ITF). The federation’s General Secretary, Stephen Cotton, says global supply chains, including for critical products like food and medicines, are at risk of disruption as seafarers increasingly take matters into their own hands by exercising their right to stop working at the end of their contracts.

“Until now this has been a humanitarian crisis for the seafarers trapped working at sea, but not for the consumers or patients ashore who rely on these supply lines. As we approach the six-month mark of this intolerable situation, seafarers will reach for drastic action to end their floating misery and get back to their families. More ships being stopped, more risk of accidents with tired and fatigued crew, more detentions and MLC breaches, means more disruption to critical supply chains.”

“Seafarers have been the unsung heroes of global trade during the coronavirus. Ships and their crew have continued to keep supplies coming into the UK, ensuring we have enough food, medicines and essential goods.

“But this has come at a cost. Since the start of the pandemic we have seen many countries shut down their borders. The time for talking is over, we need action now from governments to allow crew changes to take place.”

Guy Platten, Secretary General of the International Chamber of Shipping, also recognised the urgency of the situation:

“This issue is a ticking time bomb. Seafarers have gone above and beyond the call of duty to keep food flowing, medical supplies delivered and supply chains open. The system is at full stretch and governments across the world need to recognise this emerging risk, designate seafarers as key workers and facilitate crew change before it’s too late.“