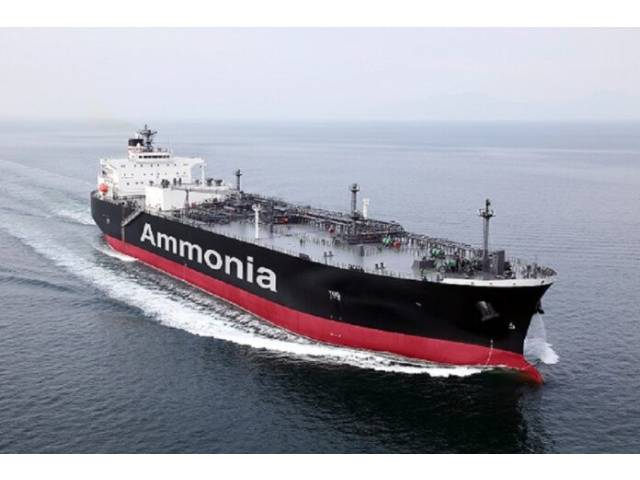 More points to ammonia as a promising zero-emission fuel. When based on wind or solar energy, it is a carbon-neutral option, with the infrastructure already in place, and ready to be mass-produced. After overcoming the challenges such us higher costs and the development of a new engine technology, it may become a part of the future fuel mix.

In connection with the UN Climate Action Summit, MAN Energy Solutions joined the Getting to Zero Coalition in September 2019 to help develop zero-emission vessels by 2030 with its industry partners.

We view the Getting to Zero Coalition’s aims as closely aligned with our own strategy of cooperating with external partners to expand our business with sustainable technologies and solutions, such that they become our main source of revenue by 2030.

As I said, at the time of our joining the coalition, we understand the need to work with a wide group of industry partners to achieve this strategy and the Getting to Zero Coalition is therefore a perfect match. In shipping, MAN Energy Solutions has publicly spoken out in favour of a ‘maritime energy transition’ for some time now, which draws on the increased use of low-emission fuels. For us, the path to decarbonising the maritime economy starts with fuel decarbonisation, which will be a natural step towards the development of zero emission vessels.

January 1, 2020, marked a milestone for the maritime shipping industry. From that date, all vessels became bound by new IMO rules restricting the use of high-sulphur fuels. While compliance with this was relatively straightforward for shipowners, decarbonisation will prove a tougher nut to crack and requires swift action.

As such, ships launched in 2030 will still be at sea in 2050 when – according to an IMO strategy adopted in April 2018 – the sector must reduce its total annual greenhouse gas emissions by at least 50%.

Potential zero-carbon fuels include alternative fuels like synthetic methane, alcohol, green hydrogen, and ammonia. In this respect, there’s naturally a bit of uncertainty because everybody realises the need for change. But it is also clear that you do not have just one solution.

Ammonia is a promising candidate

As a potential zero-carbon fuel, ammonia is an interesting candidate. Indeed, the DNV-GL declared in 2019: “Ammonia is the most promising, carbon-neutral fuel option for newbuildings.”

Since large quantities of ammonia are already transported around the world, it is a well-established commodity with some 120 ports globally currently importing/exporting it, and some with storage facilities. Thus, using ammonia to power ships would be a natural step with infrastructure already in place.

The companies already producing and distributing ammonia around the world know ammonia technology and have an incentive to showcase it as it is a sustainable technology that could provide new business opportunities.

When discussing future fuels, one thing is clean sulphur-free fuels but the CO2 footprint of such fuels also needs to be looked at. In this context, so-called power-to-X solutions where fuels are produced from sustainable energy sources are worth investigating.

The ammonia you have in the market today is CO2-free but based more on fossil fuel. Manufacturing green ammonia implies that you take electricity created by windmills and react hydrogen with nitrogen to produce ammonia. What is interesting about this is that there is no carbon involved in the process, making it a completely carbon-free fuel.

There are certain barriers, however, for ammonia and green ammonia – as there are with green or synthetic methane. It is relatively expensive, compared to fossil-based fuels. When talking about merchant shipping and the two-stroke business, solutions need to be business-viable.

Even if the cost of moving goods by sea increases in the future due to the introduction of zero-carbon fuels, it will still be the most efficient method as nothing can compete with shipping in terms of transporting goods. What we need to do is to create global coalitions and get the IMO to support a CO2 tax, and then funnel the money into R&D development and into developing solutions for the supply chain and large-scale production of these fuel types.

Ultimately, you need to build a scalable production of ammonia, utilising offshore windmill-fields or solar-power plants to provide the clean electricity required. Hand in hand with this, the ammonia supply-chain will have to be scaled up so that sufficient bunkering capacity is in place to supply vessels. Another requirement is, of course, a suitable engine technology.

The development of the LGI engine has already addressed challenges similar to those posed by ammonia – namely corrosion, toxicity and low flammability – and there would be little difference between an ammonia engine and the ME-LGIP/LGIM engines. In light of this, we aim to deliver the first ammonia-fuelled, two-stroke engine in 2024.

Ammonia-engine development will take place at our Research Centre Copenhagen (RCC) facility. We already kickstarted the project in early 2020 with a HAZID (hazard identification) workshop. Subsequently, the first engine tests are scheduled to begin in 2021 where the ammonia supply and auxiliary systems will be specified, with an after-treatment (emissions) solution specified by 2022. NOx emissions reductions are expected to be achieved via a Selective Catalytic Reaction (SCR) system, which has already proven itself in the industry.

A full-scale engine test is scheduled for 2023, the success of which will enable the first delivery of an ammonia-fuelled engine to the market in 2024. We are also working diligently towards a dual-fuel, ammonia-retrofit solution for existing engines, which will be available from Q1 2025.