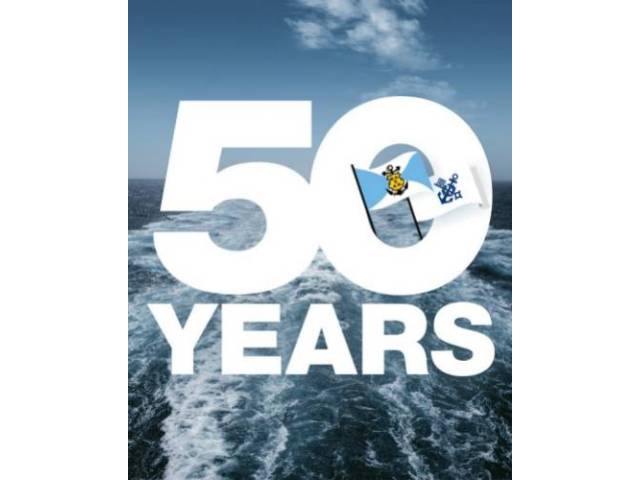 In September, Hapag-Lloyd AG is celebrating the 50th anniversary of the merger of Hapag and North German Lloyd. Their joint entrance into the container shipping business was the decisive step on the path to this merger. In doing so, the two shipping companies put an end to a relationship marked by both competition and cooperation that stretched back more than a century.

In May 1966, when a ship carrying 255 examples of a new type of steel box on board sailed into a European port, it heralded a revolution in the shipping industry. Hapag and North German Lloyd initially reacted by jointly founding a subsidiary, Hapag-Lloyd Container Linien GmbH, and commissioning the construction of four container ships. In autumn 1968, the “Weser Express” and the “Elbe Express”, each with a capacity of 736 standard container units (TEU), inaugurated the first European fully containerized service over the Atlantic to New York.

Fifty years after the merger, Hapag-Lloyd is among the leading players in the industry. From a shipping company that owned just four container ships at the beginning of the 1970s, it has now grown to be a company with around 240 ships and 120 liner services worldwide. Transporting roughly 12 million containers per year, Hapag-Lloyd is keeping the motor of the global economy in motion – 24 hours a day, on waters across the world.

“Today, we rank among the largest container shipping lines worldwide. The triumphal march of the container, which the higher-ups at North German Lloyd and Hapag already predicted back in 1970, is still unstoppable. About one in every 10 containers transported on the seven seas today is on a Hapag-Lloyd vessel,” said Rolf Habben Jansen, Chief Executive Officer of the Board of Hapag-Lloyd AG.

In a brief anniversary film  featuring contemporary eyewitnesses, we take a look back at the milestones in the long relationship of the two shipping companies. The images and film clips gathered from Hapag-Lloyd AG’s corporate archives and Germany’s Federal Archives tell the story of fierce competition but also regular collaboration and practical assistance.