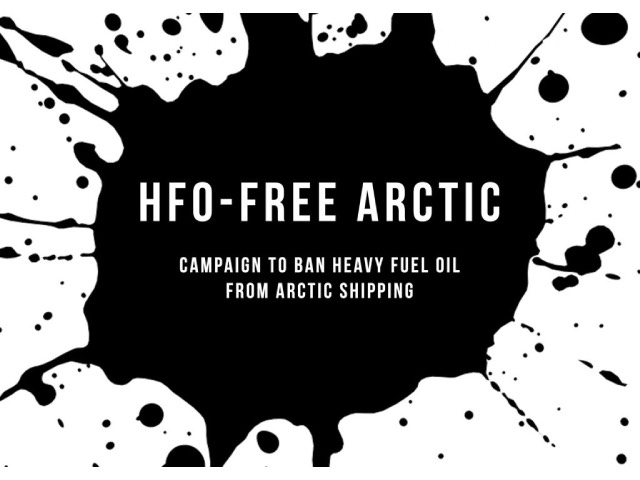 “Our thoughts and sympathies are with the people of Mauritius who are having to deal with this heavy fuel oil spill, which is a man-made disaster not of their making.”

In response to the July 25th grounding of the Japanese-owned, Panamanian registered, bulk carrier MV Wakashio on the coast of the Republic of Mauritius, and the subsequent leaking 1000 tonnes of very low sulphur fuel oil (VLSFO) ,Clean Arctic Alliance lead advisor Dr Sian Prior said:

“Our thoughts and sympathies are with the people of Mauritius who are having to deal with this spill of heavy fuel oil, which is a man-made disaster not of their making. The Clean Arctic Alliance calls on the international community, including Japan, and the ship’s flag-State of Panama, to support France in aiding Mauritius to recover the spilled oil, and to minimise the impact on the Mauritian environment, wildlife and the natural resources on which local communities depend.”

As of August 12 it was reported that almost all of the fuel on board had been removed, after 1,000 tonnes of VLSFO had been released into the sensitive coastal marine environment. VLSFO refers to a fuel oil that contains less than 0.50% sulphur. Due to its viscosity or density, the oil spilled very likely meets the International Maritime Organization’s definition of heavy fuel oil (HFO). Images from the area show the ship’s hull buckling and beginning to crack leading to concerns that it will break up entirely [1,2].

“The MV Wakashio ran aground on the coast of Mauritius while sailing from China to Brazil; the ship and the heavy fuel oil it was carrying had nothing to do with the people of Mauritius”, said Dr Prior. “Serious questions need to be asked – and open and accurate answers given by the ship owners and the flag-State about what went wrong, why this route was chosen when a much shorter route exists, and how this vessel ended up aground on a reef in a sensitive zone that includes the Blue Bay Marine Park, Iles aux Aigrettes, and the Ramsar site [3]. The fact that this Japanese-owned vessel was flying a Panamanian flag, rather than a Japanese flag can only raise further questions about the current global system of vessel registration and regulation and the use of Flags of Convenience, which has served to obscure responsibility for shipping accidents on numerous occasions.”

“This spill demonstrates the limitations of response operations to cope with heavy fuel oil spills – of bunker fuels or cargoes – even in relatively favourable conditions, and underlines the need for the shipping industry to move away from powering vessels with fuels which pollute the air when they are burned and the ocean when there is an accident. Put simply, the shipping industry must find a way towards an exit from the age of dirty fossil fuel-powered shipping.”

“What is happening in Mauritius is not an isolated incident, but part of a pattern of unacceptable behaviour by an industry that routinely puts commercial considerations ahead of safety and the environment. The spill of 100 tonnes of HFO by a similar bulker vessel off the coast of the Solomon Islands in 2019 was devastating for local communities, the health of citizens, and the environment on which they depend. What is occurring in Mauritius is already 10 times larger. Shipping needs to adopt a new safety culture – to protect people, the ocean environment, and itself”, said Prior [3].

On August 29, 2019, during a meeting between Japan’s Prime Minister Shinzo Abe and Mauritian Prime Minister Kumar Jugnauth, Prime Minister Jugnauth “stated his expectation for further support from Japan in such areas as disaster prevention and measures for maritime accidents. [4]”. “The question is, if the MV Wakashio ran aground on July 25, why has it taken Japan more than two weeks to send oil spill expertise?”, asked Prior. [3].

Shorter routes from China to Brazil would have seen the MV Wakashio travel through the Panama or the Suez Canals, reducing carbon dioxide and black carbon emissions and not placing the Mauritian environment and people at risk of a HFO spill. It appears that the longer route may have been chosen because the cost of ship fuel is currently low, making it a cheaper option than paying fees to transit the Panama or Suez Canals.

“In the Polar regions, ships are required to identify protected areas on route along with important sites for marine mammals and ensure routes are planned to reduce the risks [5]. The IMO must put in place global regulations for the protection of biodiversity and communities from the risks generated by the shipping industry,” concluded Dr Prior.