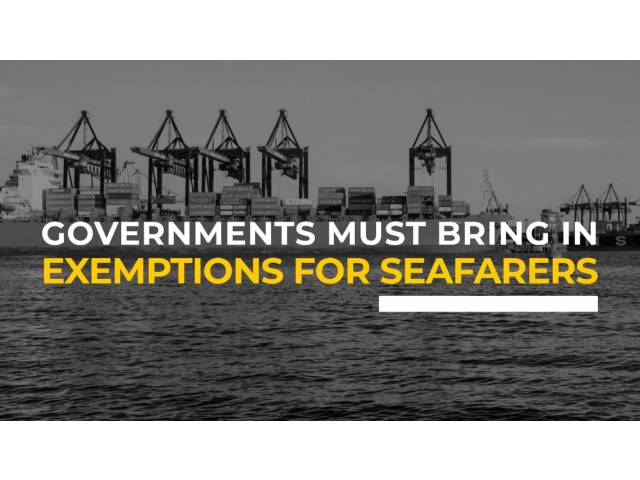 The International Transport Workers’ Federation (ITF) has called on the world’s governments to act swiftly to give seafarers visa, border and quarantine exemptions in order to make crew changes possible and resolve the present crisis.

“Governments today adopted a statement pledging to urgently take forward a range of actions to ‘avert the global crisis that is unfolding at sea’ for the more than 400,000 seafarers who are trapped working on ships beyond their contracts, and desperately wanting to return home,” said Stephen Cotton.

“We thank those countries who came together today for their commitment, and now call on those ministers and officials who signed the dotted line need to head back to their countries and follow through on these critical pledges by bringing in practical exemptions and waivers that allow seafarers to move freely to enable safe crew changes and repatriation to their home countries.”

“What we want to do is remind all governments today that while you’re predominant focus is on responding to the economic challenges of the Covid-19 pandemic, that response cannot ignore the plight of seafarers, and their fundamental human dignity.”

“After months of this crew change crisis getting worse, governments must do their bit. That means that port states where ships dock; flag states where ships are registered; transit hubs with airports; and the home countries of seafarers, all need to make visa, quarantine and border exceptions for seafarers now, not tomorrow, not next week,” said Cotton.

The ITF has repeatedly warned that if governments fail to act to bring in practical exceptions for seafarers, and support more flights being available, then there are serious risks for the wellbeing of seafarers, for maritime safety, and for critical supply chains.

“We applaud those leaders who came together today for recognising the danger that tired, fatigued crew working beyond their contracts present to seafarers’ personal welfare as well as the operation of global supply chains and preventing the potential increase of marine accidents and pollution – other nations need to step up,” said Cotton.

“Governments must move from ‘appreciation [of] the world’s seafarers who have continued tirelessly to operate ships and move trade throughout this global crisis’ to concrete action. Now it’s about accountability, words will not get our people off these ships,” concluded Cotton.