The Dutch Safety Board is investigating the loss of containers overboard of the vessel MSC Zoe. The Board is focussing on the consequences of the incident, the local situation in the Dutch Wadden area and the vessel’s sailing route.

Panama, the vessel’s flag country, is investigating the cause of the incident and the situation on board the vessel. There is collaboration between the different Boards.

In the night of 1 to 2 January 2019, the MSC ZOE with more than 8,000 containers on board was travelling from Sines in Portugal to Bremerhaven in Germany. North of the Dutch Wadden Islands, the MSC ZOE found itself in severe weather. The ship lost 342 containers and three million kilograms of cargo fell into the sea. The cargo comprised a wide range of items and packaging materials that on the subsequent days washed ashore on the coastline of the Wadden Islands. This occurrence caused the Dutch Safety Board to initiate two investigations: a combined international investigation with Panama and Germany into the course of events of the accident and an investigation by the Dutch Safety Board itself into the risks on the shipping routes north of the Wadden area.

The investigation into the course of events has revealed that the MSC ZOE lost cargo at six locations. The extreme forces acting on the ship, the containers and the lashing systems as a result of specific conditions on this shipping route were the primary cause of the loss of containers.

Above the Wadden Islands there are two internationally designated shipping routes, a northern and a southern route. The investigation by the Dutch Safety Board has revealed that a combination of a number of phenomena means that on both the southern and northern shipping routes, there is a risk of loss of containers.

In storm-force northwesterly wind, vessels are confronted with high athwartships waves. As a consequence, large, wide container ships make extreme rolling movements. On the relatively shallow southern shipping route, there is also a risk of seabed contact (grounding) due to the combination of vertical and horizontal ship movements. Moreover, waves can slam against the ship, and seawater travelling at high speed along the side of the ship can be forced upwards against the containers. These phenomena, individually and in combination, cause extreme forces to act on the ship, the containers and the lashing systems used to retain the containers. As a consequence, containers can break free and be washed overboard.

The complete investigation report about shipping routes, the accompanying animation and the international report into the course of events are available. 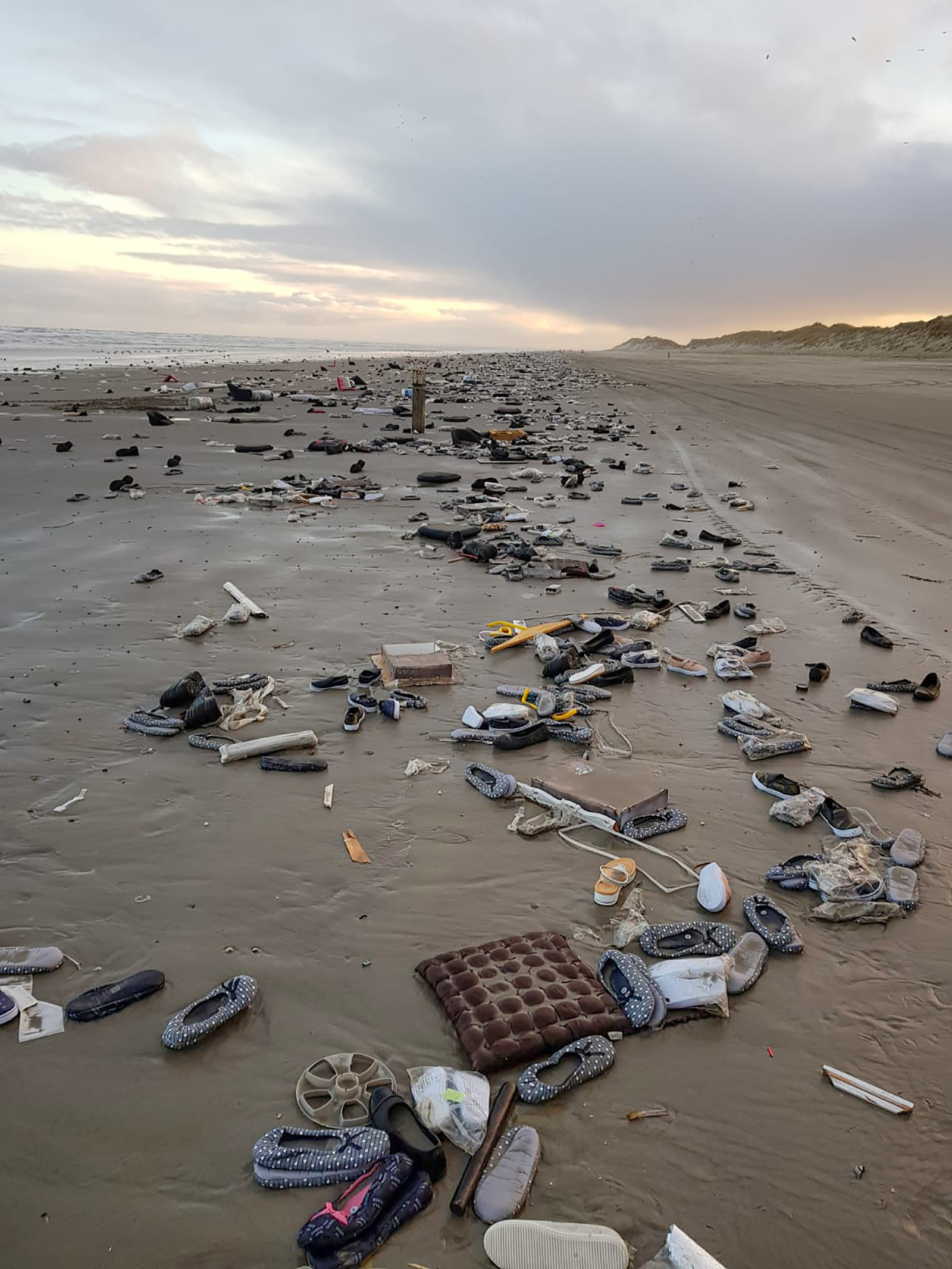