Cyprus Shipping News
Home Cyprus We hacked a ship. The Owner is Liable

Well, we hacked the communications system of the ship. Technically we have been doing this for a few years.

This time we did it like a “bad guy” would.

We got into the vessel, belonging to a multinational company, and found out everything possible about the system, the setup, the manufacturers information. This is a very specialised vessel that was alongside in the capitol city of a major European country, carrying out cargo discharge.

We could have broken the system so badly, the vessel would have been back to Sat-C and flag signals.

Any information going through that satcomm would have been able to be collected, checked and used.

As we are Ethical Hackers, we are obliged to act in certain ways. One of them is that we have to tell everyone involved if we did something during testing.

The Owners operators, when we finally managed to get someone in the overworked operations department to listen, didn’t care and ignored us.

The manufacturers didn’t even bother to respond.

All of the test was documented, peer reviewed and otherwise substantiated by trusted persons.

The lawyers are going to have a field day and be very happy.

Ship owners are not.

Owners and operators are being badly supported and advised by these super providers, who use third party engineers, or poorly trained engineers, and leave systems in an exposed state. Equipment manufacturers and developers are so guilty of poor techniques and security that using “industry best practice” is a total contradiction.

Lawyers, P&I and Class are going to be so busy refusing claims in the event of a cyber incident, that the poor owners are not going to know where to turn.

Owners are forced into accepting sub-standard equipment. This equipment cannot be made secure in its current format, and yet the manufacturers and developers, fail to update and secure them.

The providers supply this equipment, along with the bandwidth and engineers who install them, and then incorrectly configure and allow public access to them. The Owner is still liable.

So how were they failed?

We have been presenting at various conferences over the last few years, highlighting how exposed we are as an industry to ‘hackers’ and bad actors.

It normally consisted of a prepared victim vessel, using a system that had been poorly configured by the provider, or the providers appointed engineer, and accessing the equipment onboard, normally the antenna or satcomm system. It’s a quick way to display to an audience just how much we are ‘displaying publicly’.

Recently someone asked “what could someone actually do?”

A relevant question we thought, so we did.

As a basic attack, they could lock out all the users from accessing the equipment. They could turn off the satcom, or prevent systems and users onboard gaining access to the internet or to systems onshore or stop onshore reaching the vessel.

OK, so this is annoying and disruptive, costing from a few hundreds to several tens or hundreds  of thousands if the charterer deems “off hire” status due to lack of communications.

But what can we learn from the systems we can get at?

Given the amount of systems that are exposed to the internet, with poor configuration, it is relatively easy to find a ‘victim’, and to maximise the information gained by using the tools available and exposed by the simplest of mistakes.

There is a need for it, but no excuse for it.

So, it’s a fault on one vessel, but it cant really hurt can it?

It can. And it does.

Our target vessel was found.

That took 7 minutes to locate.

It belonged to a very large multinational corporation. The default username and password was still in effect on the VSAT system.
Access was made to the administration area, so all usernames and passwords could be changed. Also available was access to the system by FTP. Even if this had not already been enabled, as I was in the Admin area, we could have enabled it.

This is where major security flaw #1 was found. The FTP access gave access to the entire operating system of the device, not just the FTP area.

Major security flaw #2 was putting a text file in every folder with a map of the entire structure of the operating system.

This allowed for finding and copying the ‘hidden’ password file to our local machine. It was actually encrypted.

So now we had all the manufacturers usernames and passwords.

Now we can access the publicly available machines where they have changed the default admin username and password, by using the manufacturers. They have these so the engineers can always get in. Great for business and support, not so for security.

The connections listed in the setup was then investigated.

Command line access to the modem was achieved, allowing us to take control and alter the configuration.

Such systemic failures, at the developmental and operational level, are going to have huge issues when Cyber 2021 comes into force next year.

Class and P&I will be left wondering who to refuse claims and who to sue for negligence when there are events, while the operators are trusting the providers to implement correctly, and the manufacturers and developers are failing at such basic levels, they will likely be left with the legal responsibility in the first instance.

The lesson of life in todays marine communications environment?

Don’t trust what’s being given to you.

Unless you have had your own trusted IT check what’s gone before, why would you blindly trust a stranger with your vessels now?

The Owner is Liable. 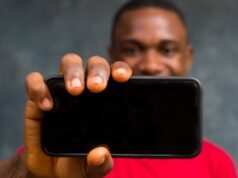 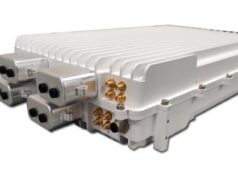 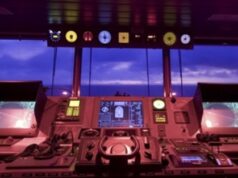