Please find below the Intermodal market report for week 21 2020.

Earlier in May, China’s top leaders convened for the annual National People’s Congress, following over two months of delays due to the coronavirus outbreak. Chinese Premier Li announced that China would not set a GDP growth target for 2020. This move can be also interpreted  as a signal that the government is prepared to accept a low level of growth in 2020.

The second key announcement following the COVID-19 disruption and much to the joy of the dry bulk community, was the infrastructure-focused fiscal stimulus of RMB 4.75trillion (USD670b). This includes increased local government spending quota and special treasury bonds, a key source for infrastructure funding. The government hopes this stimulus will bring growth targets back on track but it will also help with employment and as a result social stability.

China’s stimulus package is, in absolute numbers, larger than its 2008 response but a lot of analysts expected even more as the Chinese economy is significantly larger compared to 12 years ago (meaning that this stimulus is a smaller percentage of GDP) and as the US has already pledged over US$3 trillion into its own economy.  And while the two world powers – USA and China – have experienced longstanding friction over trade wars, tensions have risen dramatically amid the pandemic.

On the one hand, representatives from the USA and China keep pledging their continued support for the phase one trade deal, with China just last week announcing a new list of US products eligible to be excluded from retaliatory tariffs. On the other hand, President Trump facing re-election this year and being criticized for his handling of the pandemic, is blaming China for trying to cover up the outbreak. Beijing’s officials have urged the US to stop wasting time with the “political virus” and repeated their assertions that China has acted responsibly to safeguard global public health. On a hugely symbolic gesture, when the US banned all flights from many EU countries, China sent medical teams and supplies to countries like Italy and Iran who were at the time at the “eye” of the pandemic.

Globally, as the pandemic and lockdowns continue and the economic effect from the pandemic proves more severe than what was originally estimated,  countries around the world are shyly looking at the next day and have now deployed a massive $9 trillion of global fiscal support to help people and companies get through this crisis.

As China started reopening its economy, data from IMF shows that world exports initially recovered across the board. Specifically for oil, the recent export performance is particularly strong but as oil is being stored at sea, the surge in exports is not fully matched by imports. It is quite certain, that when the virus is eventually defeated, China’s economic resurgence is going to play a critical role in helping to rebuild the shattered global economy.

It was a positive week for the dry bulk market that saw increases across the board, while despite the upward movement owners remain numb from the extended weakness of freight rates since the beginning of the year. The BDI today (26/05/2020) closed at 506 points, up by 8 points compared to Monday’s (25/05/2020) levels and increased by 53 points when compared to previous Tuesday’s closing (19/05/2020). With demand across most key trading routes being weak throughout the past days, rates for crude tankers lost further ground, while rates on the period front also took a hit. The BDTI today (26/05/2020) closed at 718, decreased by 100 points and the BCTI at 580, a decrease of 72 points compared to previous Tuesday’s (19/05/2020) levels.

It has been an overall generous week in terms of surfacing newbuilding activity, with dry bulk orders having the lion’s share among recently reported deals, which is a rare occurrence nowadays if one considers the sharp decrease shipbuilding interest in the sector has witnessed since before the end of last year. Despite the healthier number of orders below, sentiment in the industry remains soft, with a number of private yards in the Far East that focus on the dry bulk sector expected to keep facing challenges as questionable demand prospects are bound to keep ordering appetite in a tight range. At the same time, even in those cases where investment interest does exists, this is almost entirely absorbed by purchases in the second-hand market, where depressed in many cases values make a good case for a successful asset play. In terms of recently reported deals, Greek owner, Central Shipping, placed an order for two firm VLCC crude carriers (300,000 dwt) at Hyundai HI, in South Korea for a price in the region of $89.5m each and delivery set in 2022.

With Ramadan still on-going and restrictions across the different demo destination countries still in place despite the relaxation of measures in the past days, sentiment remains soft on the shipbreaking front. Having said that, a number of sales emerged last week but this hardly supported sentiment as most of these concerned deals that previously failed at higher levels. As it was widely expected, prices kept moving down for yet another week, with those cash buyers that are active at the moment easily dictating prices amidst a generous number of demo candidates, while we expect the downward trend to start reversing at least a few weeks after the different markets return to fully operational mode again. Average prices in the different markets last week ranged for tankers between $160-310/ldt and those for dry bulk units between $150-300/ldt.

Baltic Dry Index as of October 15 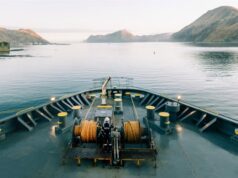