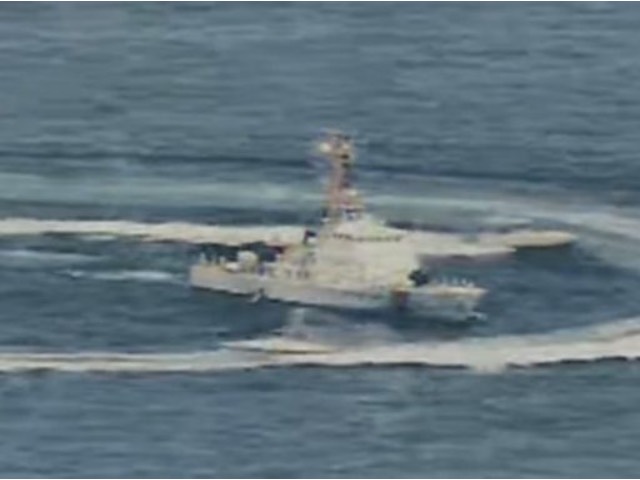 This morning President Donald Trump sent a tweet stating that, “I have instructed the United States Navy to shoot down and destroy any and all Iranian gunboats if they harass our ships at sea.” Such a tweet, whilst clearly inflammatory and destabilising to the security situation in the Middle East, also has wider ramifications.

Trump’s message, devoid of context or explanation, will likely heighten the risk of miscalculation in the region. The statement comes a week after reports of IRGC(N) units harassing US Navy vessels in the North Arabian Sea surfaced, amongst wider reporting of Iranian Naval and IRGC(N) interactions with commercial vessels throughout the region. Iranian naval activity has increased in 2020 following a hiatus of several months and the widely reported events in the Persian Gulf in 2019. So far in 2020 there have been four recorded incidents of Iranian Naval and IRGC interference against US Naval and commercial vessels. This number is however estimated to be a moderate underreporting of events, with Iranian Naval and IRGC interaction a prominent feature of international naval patrolling and commercial shipping in the region.

By releasing this statement via a 240 character tweet, vital nuance is lost, including the crucial question of how the US intends to define harassment in this context. Dryad Global assesses, and indeed hopes, that the ambiguity is deliberately aimed at creating a sense of unpredictability thus forcing Iranian forces to hesitate in their interactions with US vessels in the Persian Gulf. Secondly, while the ambiguous reference to “our ships” without question covers US Naval vessels, and logically extends to US Flagged vessels, questions remain whether the statement also refers to ships carrying US bound cargo, US crews, US Marshall Island Flagged vessels, or indeed US coalition partner states.

President Trump’s tweet raises significant questions of operational intent, with regards to the US led Operation Sentinel Maritime coalition, which is designed to protect commercial shipping and freedom of navigation throughout the region. The provision of security by Operation Sentinel holds that commercial ships will, in the first instance, be escorted by naval vessels of that country. However, international vessels within the coalition are able to respond in emergency to requests for assistance by other nations. Does the US intend that it will engage in hostile activity on behalf of another state?

There are also important questions of international legal legitimacy. The US has, in a sense, loosened its rules of engagement when dealing with IRGC by reclassifying the group as a terrorist organisation in 2019 and which significantly alters the rules of engagement under which US forces can engage with the IRGC. However, Trump’s tweet makes no reference to IRGC, merely ‘Iranian gunboats’. The IRGC holds operational authority over the Iranian naval presence in the Persian Gulf. However in the Gulf of Oman, the Iranian Navy are the dominant force. These organisations share an overlapping area of interest within the Strait of Hormuz.

How the US intends to apply this order is a source of legal and operational complexity. Where the laws of armed conflict are wilfully disregarded in the ambiguity of a tweet, the risks of miscalculation could be severe.

Whilst President Trump has gained a reputation for impulsive announcements, this tweet is highly likely to be part of his administration’s strategy to impact the oil price, following the historic crash in West Texas Intermediate (WTI) and Brent Crude, as a result of global oversupply and the spread of COVID-19. US shale has been particularly badly hit, with WTI, which provides a benchmark for US crude, falling USD $40 below zero on 21st April. The US shale industry has reportedly supported Republican presidential candidates in previous elections, and also provides significant numbers of jobs in traditionally Republican states like Texas. Due to changing demographics, states such as Texas are increasingly seen as election targets by the Democratic party. Therefore, Trump’s re-election strategy has to be mindful of the impact upon the economy and voters that falling oil prices and COVID-19 will have.

The Trump administration’s anxiety about the economy is being played out on the national stage, and has adversely impacted the chances of Trump being re-elected in November. Accordingly, Trump’s intervention in the Persian G

ulf should be seen through the prism of the impending US election. Furthermore, this single tweet alone unlikely return oil to a sustained price where US shale can compete. Worryingly, this may signify that the US is preparing for a longer-term escalation of tensions in the region.

Analysts often state that autocracies, such as Iran, will act externally to divert public attention away from the regime’s shortcomings, and provide an external focus of public dissatisfaction. Whilst the US is certainly not an autocracy, it is now increasingly likely that President Trump is utilising rhetoric in a manner more commonly used by such regimes. Today’s statement, when coupled with further incendiary tweets in recent weeks, which criticised and encouraged anger towards State Governors who disagreed with his administration’s COVID-19 response, shows an increasingly willingness to aggressively control the narrative and project criticism away from the Trump Whitehouse. Projecting anger onto an external enemy, such as Iran, is a logical consequence of such a strategy. However it is fraught with dangers.

Trump’s focus remains on defending the US oil industry in order to aid his chances of re-election. Despite the bellicose nature of his rhetoric, Dryad Global assesses that claims that the US is ‘preparing for war’ are likely incorrect. The tweet is likely a typically Trumpian strong-armed response to recent IRGC(N) harassment of the US navy, as well as an attempt to influence events within the oil market. Dryad Global remains of the view that Iran has neither the capability or intent, to close the Strait of Hormuz. It is, however, our assessment that Trump has taken a risky course of action.

Dryad Global expects to see a similar summer of incidents in the Strait of Hormuz to 2019. Events are likely to consist of increasingly assertive actions by Iran, designed to enhance its dominance within its regional sphere of influence, but the risks on both sides are great. In a world as unstable as it is now, the capacity for error is ever present and the risks graver than they have been for much of the 21st Century.