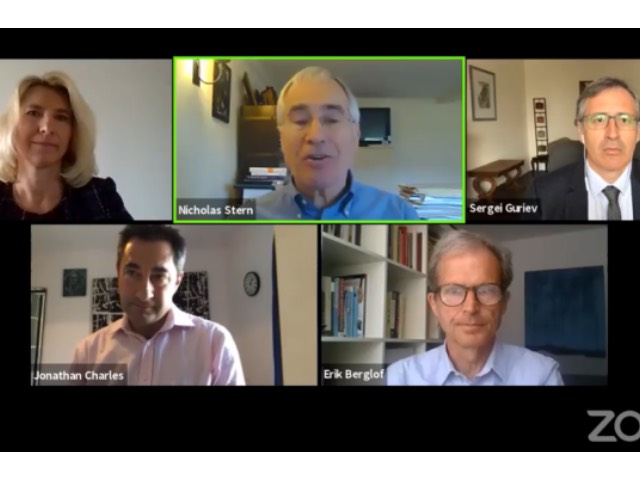 Governments and economies are facing unprecedented challenges and uncertain outcomes as they seek to address and overcome the coronavirus pandemic, a group of leading economists said today.

“The world is at a crossroads”, EBRD Chief Economist Beata Javorcik said, reflecting on an expected rise in inequality during a virtual panel discussion hosted by the EBRD and the London School of Economics. “This could go either way”, one of her predecessors, Lord Stern, added. “We could go into deeper darkness or come out much better,” he said.

The discussion under title “Coronavirus and the global economy: what next?” was joined by two other former EBRD Chief Economists Erik Berglof, now Director of the LSE Institute for Global Affairs, and Sergei Guriev, now at SciencePo in Paris.

Professor Berglof noticed that the crisis has massively strengthened the role of the state, but warned: “I think there is going to be dramatic realisation of the inability of governments in many of these countries to deliver in many ways and I worry that this is going to lead to massive populist reactions and weaken what democracies.”

In contrast, Professor Guriev saw a “silver lining”: “This crisis has demonstrated to many people the importance of expertise and science. This matters because populists define themselves as people who fight experts and don’t recognise rational thinking. This crisis shows the importance of science.”

On the economic fallout of the crisis, the speakers agreed that the state has taken a key role in supporting the economy, but while rich countries could afford such a mobilisation, in many developing countries the consequences remained unforeseeable: “When you are facing war time challenges, war time deficits are fine”, Professor Guriev said.

About the future of the state intervention in economies, Professor Berglof said: “I’m not too worried in advanced economies. We will see a rethinking of some areas like the labour market and maybe reforms in health sector in light of the current experience.” However, Professor Javorcik warned: “I am worried that there may be underhand nationalisations done for political purposes in countries with weaker institutions and less democratic accountability.”

All speakers agreed that future growth will only be achieved with a significant role for the private sector: “We need better, sustainable and green growth”, Lord Stern said. “The crisis has exposed what was wrong with our development model. Now we have the task, but also the chance to build a better world.”

Baltic Dry Index as of June 16 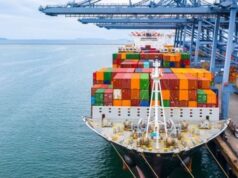